Passing on the Grass?

Since recreational marijuana grow operations were first legalized statewide in 2015, land-use disputes have overwhelmed Deschutes County officials. An ongoing influx of controversial applications prompted the enforcement of a county moratorium in August of last year, prohibiting new grow and operation applications. On the upcoming November ballot, local voters will have the opportunity to opt out of new recreational marijuana grows in rural parts of the county for good. 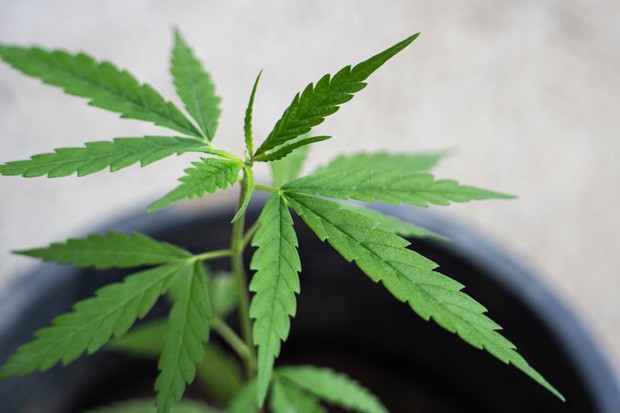 Land-use disputes are nothing new. In Nov. 2014, Oregon voters passed Measure 91, allowing for the statewide control, regulation and taxation of recreational marijuana and industrial hemp.

"Most people thought that they were just voting 'yes' or 'no' on legal marijuana," suggested Deschutes County Commissioner Anthony DeBone. "But as soon as the measure was approved, we had to figure out where it would be grown and distributed. It was a major transition from the black market to the legal system."

DeBone explained that roughly six months after the vote of the people, the Legislature began putting related laws into place. "Marijuana was now defined as a crop; it was allowed to be grown on farmland. Things got wild for Deschutes County six months after the vote. We experienced a significant green rush. It turns out, though, that this was very disruptive to many people in the rural community. We started to put some reasonable regulations into place. Because of the odor, we asked that all marijuana was grown indoors, even on farmland; grown in a greenhouse. We developed a Marijuana Advisory Committee."

In August 2015, Deschutes County issued a new set of Marijuana Land Use Regulations focused on four issues: production, processing, wholesaling and retail. The regulations require growers to comply with the standards that were developed six months after Measure 91 was approved, regulations relating to "odor, lighting, security, waste management, minimum separation distances, water, access and hours," as listed on the Deschutes County website. The Marijuana Regulations page also includes a Marijuana Complaint Form. According to DeBone, neighborly complaints and appeals quickly overran the Committee.

"People were allowed to appeal to the Land Use Board, either if they got approved and their neighbor didn't like it and filed a complaint, or if they weren't approved and thought that they should've been. We worked through a long list of appeals and approvals; some grows were approved by the Community Development Department and neighbors were appealing. A few people were extremely adamant. We couldn't seem to get this thing landed. Deschutes County is the only county in the state that is in this situation."

As reported by the Source last year, the Deschutes County Board of Commissioners received some feedback from the Oregon Land Use Board of Appeals for the first time. A marijuana production facility proposal was shot down by Patti Adair and Phil Henderson, who claimed that it was too close to what could be considered a Youth Activity Center. LUBA responded, "[T]he county's interpretation of a youth activity center is so amorphous and uncertain that we conclude it is unreasonable." More recently, the Commissioners denied another application, claiming that it was too close to an Exclusive Farm Use zone (an area intended for the practice of commercial agriculture). This denial was not unanimous, with DeBone in favor of approval.

Because of the ongoing divide, DeBone and his involved colleagues, Adair and Henderson, decided to lend the ultimate decision to the vote of the people. First, however, they unanimously enforced a moratorium in August 2019, prohibiting all marijuana grow site applications until the issue was addressed on the November ballot. "If the majority repeals the opt-out, it means we can allow the growing of recreational marijuana in rural areas once again," DeBone clarified. "On the other side, no recreational growing or processing operations will ever be allowed again; but we certainly won't go backwards. Existing operations won't be affected."

DeBone believes there is a way to make everyone happy. "Personally, I'm for welcoming the new industry. Let's be good neighbors and develop good relationships, and let's do it in an open and honest fashion."