The Bend artist's second album of the year will help relax mind, body and soul

The productive year for Pete Kartsounes continues. In August, the Bend-based singer/songwriter released "Out Here On My Own Vol. 1," and on Nov. 10, Kartsounes released his second album of the year, "Mindful Muse." But that doesn't mean his work is done. Even as he got on the phone with me, Kartsounes was with guitar and notepad, deep into writing more material.

"I've always written music that's optimistic and positive. I don't like to swim in pity and complain. I always like to rise above the challenge. And what greater challenge than to have a pandemic?" he says. "I just lost a friend [to COVID-19] this week, I lost my job, and now it's almost 2021. I'm not going to sink in this. I take it as a challenge to be more productive than ever." 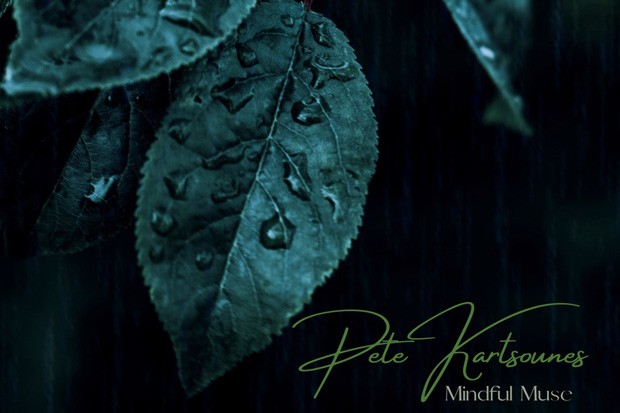 Kartsounes' latest release also shows him stepping into new territory. "Mindful Muse" is a showcase of elegant and calming soundscapes that he says are perfect for relaxation, meditation or yoga. Friends of Kartsounes have even reached out to tell him it has helped calm their kids while stuck inside their homes.

While making the album Kartsounes used instruments like ukulele and piano—and most notably, a Native American flute, which he says always takes him to a place of peace. While a fan of the genre before this, "Mindful Muse" marks the first time Kartsounes himself has made a new-age project.

"I have actually been listening to this kind of music a lot. I'm a huge fan of Carlos Nakai and Peter Kater's stuff. I've spent thousands of miles with a backpack on going through Colorado and Oregon. And to get my mind in a nice place, I like to listen to instrumental music, something I can put down real low. Something with a nice ambience," says Kartsounes. "And when we got that fire, and all that smoke... it just felt really melancholy outside. We couldn't go outside, there was nowhere to go. I just packed my bags every day and took a walk to my studio and just locked the doors for eight days. I basically just let the music come through me."

The process of making the album was also relaxing for Kartsounes. He says he didn't know what would come of each session or how the sounds would turn out. Instead of his lyrics guiding a story, the sounds inspire strong imagery for the listener. Kartsounes says he didn't even know what genre to call it before he had to register it with distribution and streaming services—but new age was the best fit.

All in all, the making of the album is something Kartsounes will never forget.

"It was a weird and magical experience," he says.

If you want something to help you take a reprieve from the tense times, "Mindful Muse" is a great choice. You can find it online at Kartsoune's website (petekmusic.com) or available for streaming on Spotify and Apple Music. He'll also be performing at the John G. Shedd Institute for the Arts in Eugene on Dec. 17 (provided such things are allowed...).