With a little more leeway following Deschutes County's approval for Phase Two reopening, people are starting to see live music popping up once again. But some of the new guidelines might only work for certain venues, and they might only work for specific artists as well.

On June 5, the Volcanic Theatre Pub opened for the first time since March 8, otherwise known as "an eternity." Owner Derek Sitter had previously told the Source that there were multiple possibilities when it came to hosting events in the Volcanic, but he wasn't 100% positive what it would like. Now things are a little clearer—and with shows happening there this weekend, Sitter is adapting as needed. 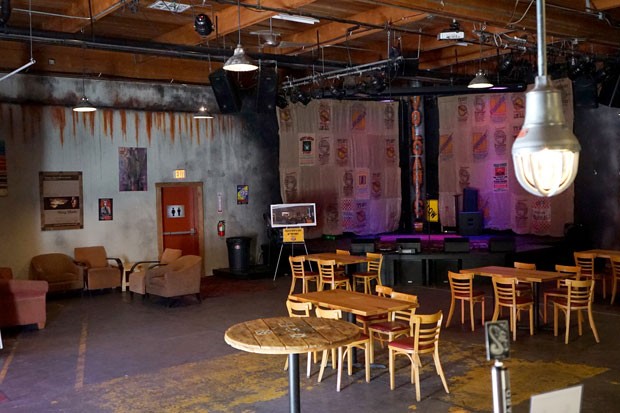 "Each event will be addressed differently in order to keep safe distancing and follow reopening guidance provided by OHA (Oregon Health Authority)," said Sitter. "For instance, we can remove all seating inside and outside in order to accommodate attendees so each party can congregate with the 6-feet distancing in place. We have yet to determine what the occupancy is inside the room and in the outside patio. We have to take measurements and identify any potential issues with a standing-room-only event."

Sitter says with seating, the Volcanic could easily accommodate 50 to 70 people, with properly distanced tables and chairs. The layout pictured here will be used for intimate music performances, theatre, burlesque and film screenings. Sitter is also weighing the option of hosting music outside in the courtyard and suggests that most of the artists performing this summer will be from Central Oregon.

"Our first priority is the safety of everyone. However, we do understand the overwhelming significance to experience LIVE arts in these troubling times," said Sitter. "We plan on sticking to 'locals only' this summer. We'll likely be booking up Thursday through Saturday nights and possibly Sunday afternoons."

In Redmond, the Chamber of Commerce has made changes to its Music on the Green series, which will include a run of six free performances starting at the end of June and ending in September. Each artist will perform in their own backyard while people watch the live-streamed shows from wherever they are. The Chamber is partnering with a few bars in Redmond to stream the concerts on big screen TVs, including Vine-N-Tap, Porter Brewing and Kobold Brewing's The Vault Taphouse. Each show will be followed by a Q&A session with the artist. 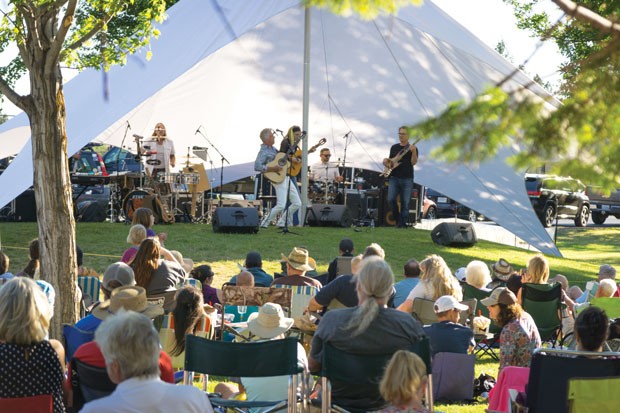 "Our Music on the Green concert series is one of Redmond's staple events of the summer, so we really did not want to cancel altogether," says Kara Roatch, events coordinator at the Redmond Chamber of Commerce.

In other years, Sam Johnson Park, where the event has taken place, usually draws thousands, including food and craft vendors and attendees, Roatch said.

"Since ours is a free community event in a very open park space with multiple entry points, we found it would be too difficult to try to limit the amount of people allowed into the park while abiding by the state and county guidelines for social distancing."

Once again it's creativity with planning that will allow most of these events to even happen, so music fans should be happy with hearing and seeing live concerts at all. Phase Two is also creating more opportunities for local musicians to be out and perform, and each of the artists partaking in Music on the Green is a Central Oregon-based performer. People will get performances from Bobby Lindstrom, Juju Eyeball, Redmond's Hokulea Dancers and more.

"It is our hope that our alternative will continue to bring the community together safely in their own homes and at their favorite tap houses here in Redmond," added Roatch. "Currently we have four tap houses that have agreed to broadcast our concerts live, giving the community the option to get out and about and enjoy the summer at their own pace."