Who to check out during this weekend's Bend Roots Revival 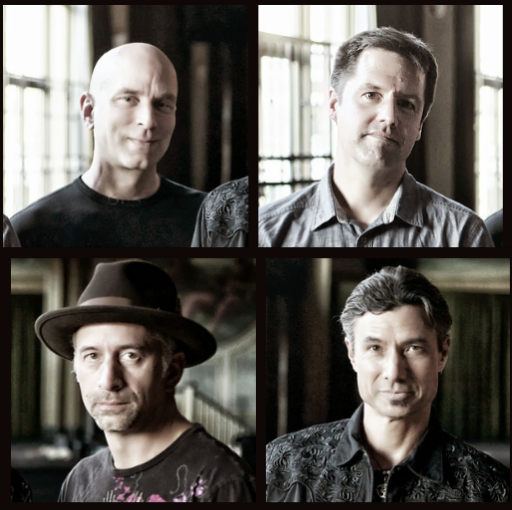 Odds are, you've seen Billy Mickelson's band Third Seven perform at some point over the course of the last decade or so—be it when he's accompanying a yoga class or rocking out at one of Bend's favorite music venues. Third Seven will sway your opinions on the way the cello is used in music. Don't miss Third Seven on Friday on the Music Maker's Stage from 8:30-9:30pm.

Furtado had made a name for himself in the Americana and folk genres over the years and listening to his live album, "Cider House Sessions," recorded at Reverend Nat's Cider in Portland gives you a preview into his genius. A talented singer, songwriter and multi-instrumentalist, you won't want to miss Furtado perform on the Black Butte Porter Stage on Friday from 7-8pm.

Roots After Party at The Capitol

After spending the evening catching live music outdoors at Bend Roots, head down to The Capitol for the Friday night after party. The Kulululu, And And And and King Who perform. Check out And And And for finely crafted rock and roll from Portland. The sound ranges from aggressive to melodic in a way that will have your body rockin'. 10:30pm-1:30am at The Capitol.

This week, we interviewed AM Clouds for our Bend Roots New Band Spotlight. The four Bend transplants came together within the last year and a half and have been preparing for this night — their first live performance as AM Clouds. They'll be performing on Saturday from 4:15-5pm on the Redbird Stage.

Sometimes, you just want to hear a song you know, which is why we suggest you check out local Weezer cover band Weez-It (like Cheez-It, get it?). From "Buddy Holly" to more of your lesser commercialized favorite from the Blue Album, you'll love singing along to some of your favorite Weezer songs. Catch them on the El Sancho Stage on Saturday from 7:15-8pm.

I have a soft spot for female lead singers, especially those who are also badass musicians. Lande brings together some of Bend's best musicians with lead singer and band namesake Jen Lande to form a melodic rock band with soaring vocals. Don't miss their performance which closes out Saturday evening on the Music Maker's Stage from 8-9pm.

Formed in 2006, Portland's Mexican Gunfight combines rock and roll with gritty blues, pop and country lyricism to form an eclectic sound that will have you on your feet dancing. They'll be performing Saturday on the BIGS Stage from 8-9:15pm.

Riot on a Sunday

One of my favorite local bands, you won't want to miss seeing Riot on a Sunday performing at Bend Roots Revival. The local rockers mix folk and punk with rock to create songs you can both sway to and headbang to, a delightful combination if you ask me. Don't miss Riot on a Sunday, appropriately playing on Sunday, on the Bucha Buena Stage from 1:30-2:15pm.

Larry and His Flask's standup bassist Jeshua Marshall keeps busy while not touring with The Flask. In addition to being a part of Hot Club of Bend, he's also involved in Guardians of the Underdog (performing at Roots on Friday night!). Hot Club of Bend performs gypsy jazz and swing as a quartet. Check out Hot Club of Bend on the Black Butte Porter Stage on Sunday from 6:45-7:30pm.