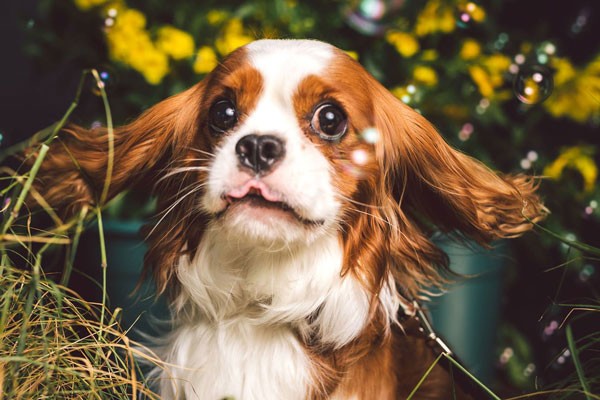 Not so long ago, Alex Hopes (this week's cover artist) went to college to study teaching. Today he's on his way to becoming one of the country's most prolific dog photographers.

You can thank his dog, Sid, who he adopted as a six-week-old puppy just before graduating. Plus, the jump from teaching to dog photos makes more sense than you might think. "I went to college for elementary education and I think that I enjoyed the reward of connecting with my pupils," says Hopes. "There's a lot of correlation between young people and dogs—and getting a reaction out of them.

"The reward I get is to crack the code of what's going to get the dog to behave like I want it to behave."

That's all good news for Bend dog owners who can bring their cherished pet to meet Hopes this weekend. The 29-year-old Austin, Texas, resident has embarked on a lengthy summer tour where, in exchange for a donation, he'll turn his lens on your very own best friend. Austin's where Hopes began his photography career. "I went to Zilker Park in Austin a lot and I thought why not make an Instagram account where I could feature people's dogs—and that's kind of just how it started."

That passion project turned into a business: Zilker Bark—where Hopes raises money for pet-related organizations. Events like this have already brought in over $55,000. Saturday's session will benefit the Bend Spay + Neuter Project.

"I love Bend," Hopes says. "The only reason I'm doing an event in Bend is because I want to move there. It's one of the friendliest cities I've ever been to. I did a big road trip about three years ago. There were so many dogs and it just seemed like a happy city. That—paired with the proximity to so many awesome adventure spots. It blew my mind."