Every week, this column is dedicated to telling the stories of Central Oregon food producers and restauranteurs, filling our eager bellies with delicious, locally crafted fare. But for just one week, we hit up a few of the many fast food drive-thru chains making the pivot to meatless burgers. (That is, unless you're Arby's, which made a very public announcement this summer that no, it wouldn't ever be rolling out a vegetarian burger—even going as far as developing "megetables"—literally meat products made to look like veggies.) 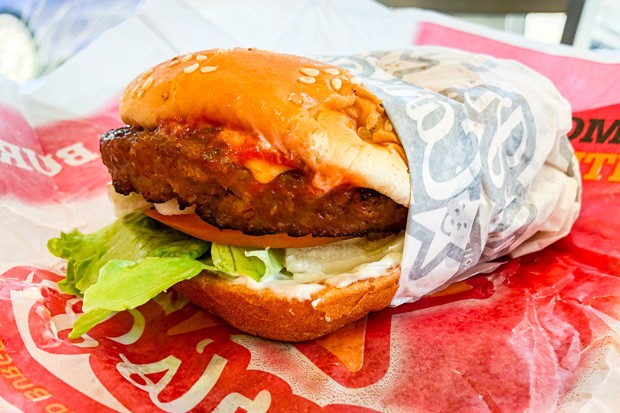 The plant-based "meat" industry is booming—attributable at least in part to statements such as this one, from the World Resources Institute in April: "If ruminant meat consumption in high-consuming countries declined to about 50 calories a day, or 1.5 burgers per person per week—about half of current U.S. levels and 25 percent below current European levels, but still well above the national average for most countries—it would nearly eliminate the need for additional agricultural expansion (and associated deforestation), even in a world with 10 billion people."

Whatever people's reasons for going more plant-based, here's our take on the meatless offerings at three chains in Bend.

Beyond Meat does a decent job of imitating the texture of a beef burger patty; on the thick side, with plenty of chewiness. tweet this

Carl's Jr. partnered with Beyond Meat, the plant-based burger made from pea protein, to deliver a meatless burger that looks and tastes a lot like the real thing. I rolled up to the Carl's Jr. on Revere and Third Street to try one out.

At $6.99, the Beyond version of Carl's Jr's Famous Star burger is $2 more than the beef version, coming with the standard bells and whistles: tomato, lettuce, mayo, onion, ketchup, secret sauce and a sesame seed bun, with the option of adding melted American cheese. If you're the type of plant-based burger eater who's looking for an exact replica of a meat burger, then you'll mostly get what you're looking for. Beyond Meat does a decent job of imitating the texture of a beef burger patty; on the thick side, with plenty of chewiness. But the flavor still has the tang of the old school veggie burgers of yore; kind of a soy taste—though there's no soy in the burger at all.

While the summer road trip season is mostly behind us for this year, chalk this one up to something you can rely on for a quick, classic-meets-eco-conscious burger next time you're in a hurry. -Nicole Vulcan

Other than the new Popeye's chicken sandwich, the Impossible Whopper is probably the hottest item on the fast-food market right now. I've tried it twice, and for all intents and purposes, it gets the job done. For one meal I'm able to forget that what I'm eating isn't actually meat—which is probably the greatest thing about the Impossible Whopper; it doesn't really taste like a veggie burger, and if you didn't know what it was before diving in, you might not ever know.

Priced at $6.19, it comes assembled like a classic Whopper: big poppy seed bun with lettuce, tomato, onion, pickle, mayo and ketchup. Overall, it tasted pretty fresh. I'll probably come back more for the convenience and price than the flavor, but for what it's worth, Burger King has officially climbed the ranks of my favorite fast-food joints with this. I also have to give it the edge over the Carls Jr. option. After all, there can only be one true Burger King. -Isaac Biehl 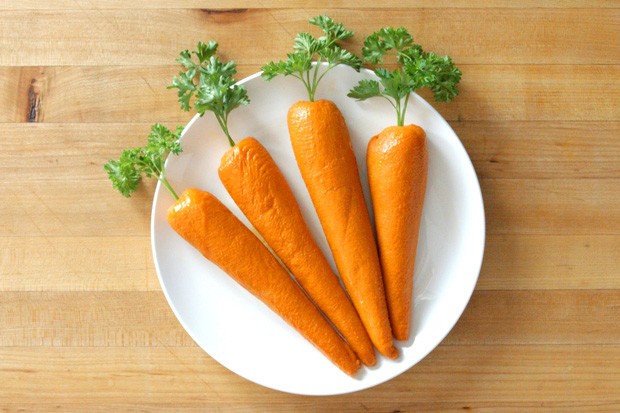 People who consume fast-food tacos seem to love the taco sweat that accumulates on the outside of the crispy shell and the delicious, relative simplicity of three or four ingredients smashed together in one hand-held package. tweet this

Del Taco loudly proclaimed the advent of its Beyond Meat offerings earlier this year, brandishing a giant sign outside the drive-thru location on Third Street and Wilson. Never seeing a taco I wasn't willing to try, I spun through the drive-thru.

People who consume fast-food tacos seem to love the taco sweat that accumulates on the outside of the crispy shell and the delicious, relative simplicity of three or four ingredients smashed together in one hand-held package. The relatively low prices don't hurt, either. With Del Taco's Beyond Taco, you get the first two of those—but at a $1 higher price tag than the meat version, at $2.49. Unlike the burger-imposter cousins at other fast food joints, it's harder to distinguish the fake-meat taste in the taco—probably because of all of that chili and cumin taco seasoning. Consider me sufficiently deceived. -Nicole Vulcan