In the film, "Bull Durham," Annie Savoy, played by Susan Sarandon, says, "Walt Whitman once said, 'I see great things in baseball. It's our game, the American game. It will repair our losses and be a blessing to us.' You could look it up."

For those who attend the Church of Baseball, this statement gets an amen—even if it is only a paraphrase of what Whitman really said. 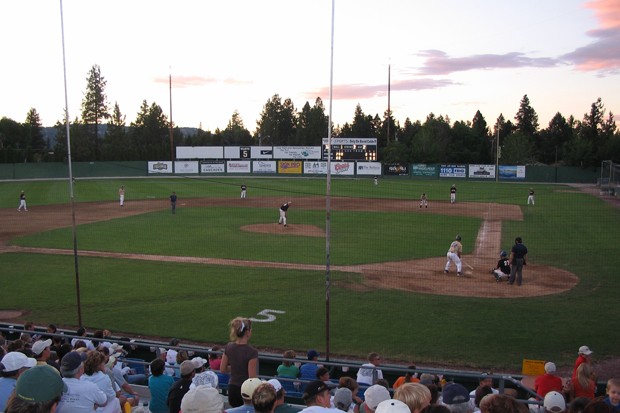 "Even though it will be a little bit different, we are really excited to bring baseball back to Bend this summer," said Kelsie Hirko, the Bend Elks' marketing and sales manager, as well as operating owner (she's married to General Manager Michael Hirko).

After last year's cancellation of the Bend Elks Baseball Club's season due to the COVID-19 pandemic, baseball returns to Vince Genna Stadium this summer, like sunshine after a summer storm. The Elks will open their season on Thursday, June 3, hosting the NW Star Academy before hitting the road to take on the Ridgefield Raptors.

"We are going through a lot of preparations, getting the field ready to play on and cleaning the kitchens, as well as figuring out social distancing and how to block seats or rows," said Hirko. "We are also working directly with the State to have a COVID-conscious plan for every game day and getting that approved by the Oregon Health Authority."

"I'm absolutely excited to get out on the field," said Kyle Nobach, the Elks' head coach. Nobach played for the Oregon State University Beavers from 2015 to 2018 and is looking forward to his first season on the field with the team. He got the head coaching job in 2019, and built the roster to play in 2020, then sat out the season with everyone else.

Even though it will be a little bit different, we are really excited to bring baseball back to Bend this summer.—Kelsie Hirko tweet this

Along with some help from GM Michael Hirko, Nobach constructed the 2021 roster from players at Division I and NAIA schools, or those committed to play baseball next year in college—including Mason Guerra, a top-ranked Oregon prospect from Westview High School in Beaverton, who committed to OSU.

"We've got a couple of players coming out of high school who'll be able to mix in with the college guys to learn the ropes and help them mesh at that level, getting ready for their first year of college baseball," added Nobach. Joining Nobach ('18 College World Series champ) on the coaching staff are fellow Beavs Tyler Graham ('06 CWS champ) and Joey Wong ('07 CWS champ), and pitching coach Xander Klaus, who works with Nobach in Washington.

Nobach understands and believes in not only the physical aspects of the game, but the mental ones as well. "You can fail a lot but that's really how our brain learns is through errors," said Nobach. "Our brain says that's not right, and then eventually through neuroplasticity it creates change. The best players in the world understand this and they just learn faster than everybody else." Heady stuff, but then again, "Baseball is the game of life." 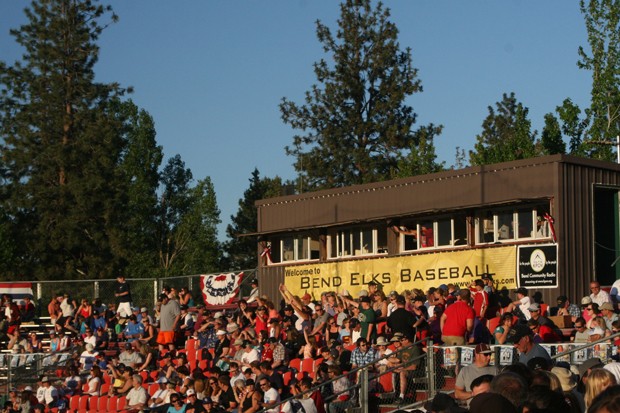 Another key component to the Elks' success is the families that host players for the summer. "We still are in need of host families," said Hirko. Almost all the players have been vaccinated and host families automatically receive game-day tickets, as well as other perks from the club.

Concessions also play a big role at home games, so the club will have the grills going and merchandise for sale. "We are excited to be working with a company called Porter that will allow fans to order online and then get a text message to just walk up and pick up their order," said Hirko. Keeping fans in their seats to enjoy the game versus standing in line to order will be a welcome option.

"In the High-Risk level that Deschutes County is currently in (as of last week; the county is now in the Lower-Risk category), capacity at the stadium is 525 people, including staff but not the players," said Hirko. At Lower Risk, the stadium capacity would rise to around 1,700 people, or 50% of capacity, but with social distancing regulations still in place, maximum attendance would be around 900 people. "That's a little lower than our average attendance but a lot better than 500," said Hirko.

So, with plans in place, stadium upgrades underway, and a roster all set, now we await the umpire's call, "Play ball!"