May 15, 2020
comment
Dave Clemens is a local Central Oregon DJ. He came on the Source Weekly’s “Bend Don’t Break” podcast this week—hosted by our our publisher Aaron Switzer—to talk about his experiences working as a radio host during the pandemic. Listen now by clicking any image, or subscribe where ever you get your podcasts.

Clemens hosts his own show “The Dave Clemens Experience,” on 105.7 KQAK Monday through Saturday. His show blends classic rock hits, comedy, trivia and audience participation. He also DJs in the afternoons on The Peak 104.1. 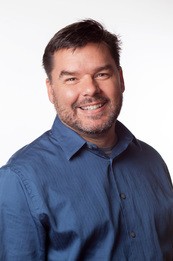 He described himself in an email as “’unpurposely controversial to some, just an idiot to others, but my Close Personal Friends (my listeners) seem pretty loyal. Three cats, three kids and lots of regrets.”

Clemens has been working in radio in Central Oregon since 1990. He’s the programming director for KQAK and the operations manager for the Horizon Broadcasting Group. On top of all of that, he also runs a side gig as a wedding DJ on the weekends.

Our conversation with Clemens traces his career as a DJ from a small station in Prineville to his standing today as one of the most beloved voices on the radio in the region. We dive into his role as a radio personality: How has it changed during this time of rapid technology advancement... a time when many listeners feel more disconnected than ever from their local stations?


“People tune into the radio, and they want information, but they don’t want a bunch of gloom and doom,” Clemens said about hosting his show in the time of COVID-19. “And of course it’s a serious situation, so you can’t make a lot of jokes about it either, and as you know, that’s kind of my shtick so, it’s a pretty interesting time for me right now.”

Clemens says that he believes many of his listeners are “beginning to see the light at the end of the tunnel now.” He tries to focus on the bright spots of the news throughout his show.

Clemens’ on-air personality in normal times projects one of nonchalance and humor, combined with a “get over it” attitude if he finds out he’s offended someone. Since the pandemic hit, he’s more sensitive to the fact that he’s talking about something that people are “really, really scared of,” he said.

“I never want to make fun of somebody being scared, if that makes sense,” he said.

Clemens told the Source he’s been dreaming of a career in radio since he was 12 years old, and he imagined starting out as the guy who took out the garbage at any station that would give him a chance. During college, he took a class where he visited a local station in Sacramento, California. The DJs there told him if he wanted a career in radio, he was better off getting a job at a station instead of going to school for it. A week later, he went north to visit his parents in Prineville, called the local station on a whim and basically got the job that day. Thirty-one years later, he says his life’s goal is to be as famous as Bob Shaw, NewsChannel 21’s chief meteorologist.

For people out there looking for a break from coronavirus chaos, but still want to learn about how local people are surviving through the pandemic, our conversation with Dave Clemens offers some cheerful storytelling from a guy who claims to be “the perfect amount of famous.”

“People recognize me where ever I go,” he said. “But I’m not so famous that anybody wants to like, touch me or anything.”