Two nearby elementary schools go on lockout in response 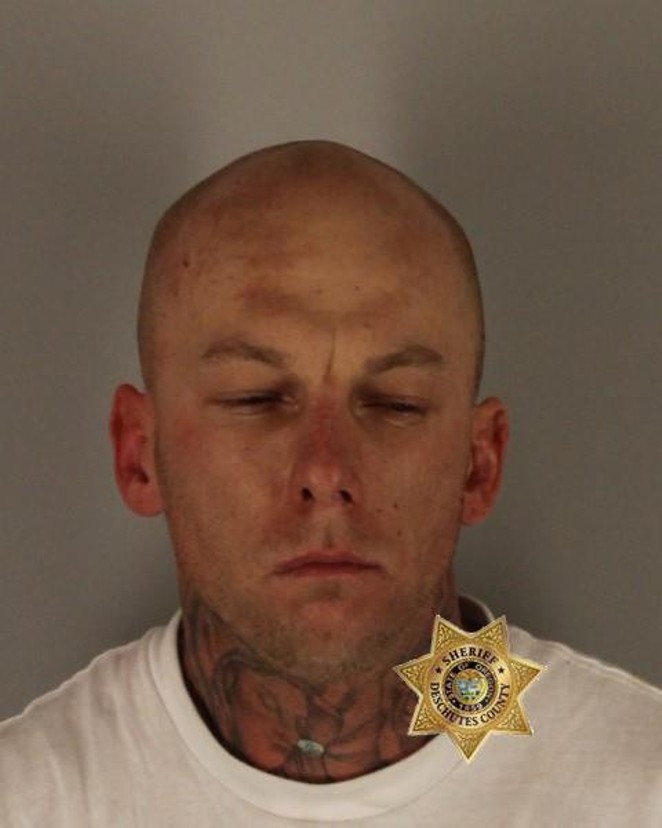 Jeffrey Randall Short of 1031 1/2 Columbia St. was arrested and charged yesterday with second-degree burglary, four counts of first-degree theft and possession of cocaine, according to a press release from Bend Police Sgt. Wes Murphy. In addition to the snow blowers, Short is suspected of stealing ATVs, wood splitters, a welding machine and a rifle.

Short did not surrender without a fight. The confrontation began at 10:38 am yesterday when several police officers—along with the Central Oregon Community Emergency Response Team—arrived at Short’s house near Harmon Park with a search warrant. The police officers tried to negotiate with Short, but he barricaded the entrance to his house. The police then used “several tactics, including chemical irritants” to force Short to surrender, according to the press release.

Police officers finally took Short into custody at 6 pm. The police closed off NW Columbia Street between NW Kingston Avenue and NW Jacksonville Avenue during the confrontation, according to Central Oregon Daily.

Meanwhile, parents of students at both Highland Magnet School at Kenwood School on NW Newport Avenue and Westside Village Magnet School at Kingston Elementary on NW 12th Street received notification by text and email that their children were not allowed to ride their bikes or walk home from school yesterday afternoon. Instead their parents were directed to come inside the school to pick up their kids. Parents who picked up their children in their own vehicles were told that their kids had to be escorted to their parent’s cars by school staff members.

A message from Westside Village Principal Wendy Winchel began, “Due to law enforcement activity in the area, and due to an abundance of caution, our practices for releasing students will change after school today to keep students clear of the incident.”

Short is at the Deschutes County Adult Jail and the investigation into the Home Depot thefts continues.

Contact Officer Denny at the Bend Police Department if you have any information about this incident: 541-693-7911.