In Mirror Pond Plaza, the first and third Sunday of the month

From carts to festivals to brick-and-mortar restaurants, Central Oregon has plenty to enjoy in the way of barbecue. Newer on the food scene in Bend is Cypress Southern Kitchen, a pop-up restaurant offering a good old-fashioned Southern BBQ every other Sunday through September. Cypress Southern Kitchen sets up its pit barbecue and scratch Southern sides outside The Commons, in Mirror Pond Plaza, the first and third Sunday of the month. That means its next pop-up is Sunday, Aug. 15. 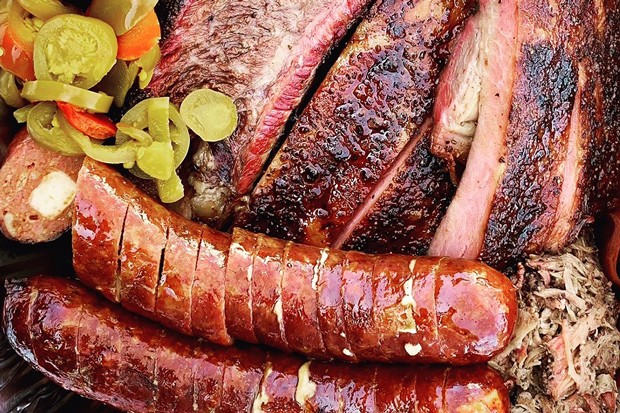 Check out the brisket, pulled pork, ribs and sausages, all smoked in wood and paired with the classic fixings. Food is ready to go at 11am and is served until 2pm, or when it's all sold out.

"It's a 500-gallon propane tank that uses all wood to cook/smoke, so it's a little involved and there's only me smoking the meat for 12+ hours," chef Susan Harrell told the Source. "It's been a lot of fun and the response has been overwhelmingly positive. I make my own sausages and will start selling sausage dogs on Saturdays when I'm smoking the large meats (brisket and pork) for Sunday."