Known for inventive burgers and "classic" burgers, all of them come with fries and are topped with bacon and delicious sauces

For the past two years, Portland's Killer Burger has been the winner of "Portland's Best Burger" in the readers' poll for Willamette Week—similar to the Source's Best of Central Oregon poll. Soon, Central Oregonians will be able to enjoy some of those popular burgers right here in Bend. 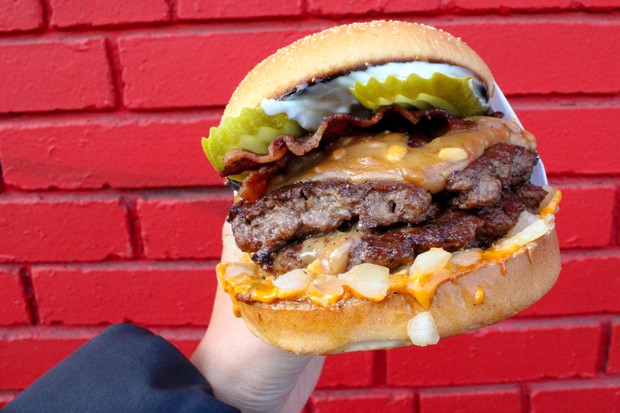 The Killer Burger franchise announced this week that it had signed a franchise agreement with a Bend local to open one of its "rock 'n roll" burger joints in Central Oregon. David Cowan, who was born in Portland and raised in Bend, plans to open the city's first Killer Burger. Killer Burger is known for inventive burgers and "classic" burgers. All of them come with fries and are topped with bacon and delicious sauces. Among its most popular items: the Peanut Butter Pickle Bacon Burger.

Killer Burger, opened in 2010, now has 12 locations in Oregon and Washington, with plans to expand its reach around the Northwest over the next five years. The Bend location is slated to open in August.