When she was crowned "Miss Czhilispiel" in her Texas hometown in 1998, Tara Songey's royal duties included riding on parade floats in the thick Texas heat and humidity. She recalls the floats as "foil frying pans" and laughs as she remembers, "just melting and wearing that heavy crown."

Fast forward to today and she is the recently crowned Mrs. Oregon America, who will compete for the national Mrs. America title in Las Vegas, postponed from this past August to January 2021. 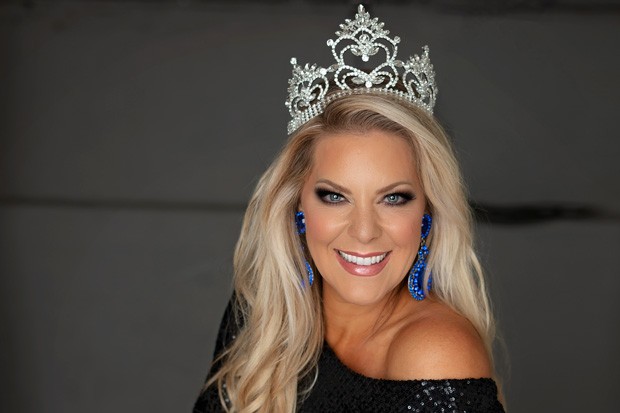 As for that earlier pageant in Flatonia, Texas, "Czhilispiel" honors the town's Czech and German heritage; the name is a play on the word, "chili." Adding the "z" is a play on a Czech spelling, and the word, "spiel" means "play." The festival started in 1973 to celebrate the town's centennial anniversary.

Songey, 38, says she was first bit by the pageant bug when she was a junior in high school, living in that small town located between Houston and San Antonio. When Songey and her family moved to Bend nearly two years ago, she knew she wanted to get involved. She started doing volunteer work at her church, offering childcare during services. That led to volunteering at Shepherd's House, where she helps out with the shower truck and provides free haircuts. "I really like doing the haircuts; it's more personal, and people feel like a million bucks after a haircut. I enjoy hearing their stories. I always leave feeling really grateful." She says she sometimes thinks of herself as a "hair-apist," working to help fix "hair and souls."

For the past year she's worked as a hair stylist at Tangerine and teaches a weight and strength training class (booty sculpting) at the Box Factory.

"I have a tendency to take my hobbies and turn them into jobs," Songey jokes.

About running for Mrs. Oregon, she says, "It was terrifying; I tried to talk myself out of it."   Then she decided to jump in with both feet.

"I just needed a challenge, doing something for myself and setting a goal."

She and five other contestants attended the two-day pageant in Salem back in July, postponed from March.

The pandemic has severely limited her duties as Mrs. Oregon, as far as hosting or emceeing public events, but Songey says she plans to help candidates in next year's pageant, which she calls a "healthy and wonderful experience, a really cool thing to be a part of." And depending on what happens with the pandemic, she muses, "I might be a homeschool teacher forever."

Songey says she practices a philosophy that she calls 'self-care with a mind-body connection,' focusing on the emotional and mental state of health. She refined it for the Mrs. Oregon pageant and came up with her "Inside Out" platform. "We all have a little room for improvement. Show up as the best version of you—wife, mom, daughter, friend."

While she still appreciates her early pageant days in Texas, Songey says her current pageant efforts are "super fun." For Mrs. Oregon, she had to do a dance and chose the Taylor Swift song, "Shake It Off." And these days, she also practices, "Walk On Wednesday," when she cooks while wearing 6-inch stilts, in preparation for wearing high heels during the pageant—much to her family's enjoyment.

Songey says she would be honored to represent any local businesses and organizations in her efforts. Those interested can reach out at mrsoregon2020@yahoo.com.