A case of allegedly tainted grapes in Yamhill County is a topic of conversation around the state.

In April, Momtazi Family LLC, a vineyard located in McMinnville, filed a lawsuit under the Racketeering Influenced and Corrupt Organizations Act against a nearby marijuana farm. Yamhill Naturals, which runs the adjacent marijuana farm on property owned by Steven, Richard and Mary Wagner, is accused of the usual litany of "nuisance" claims that past plaintiffs have brought, including odor, and—this is true—an allegation that the defendants killed a cow belonging to the plaintiff. 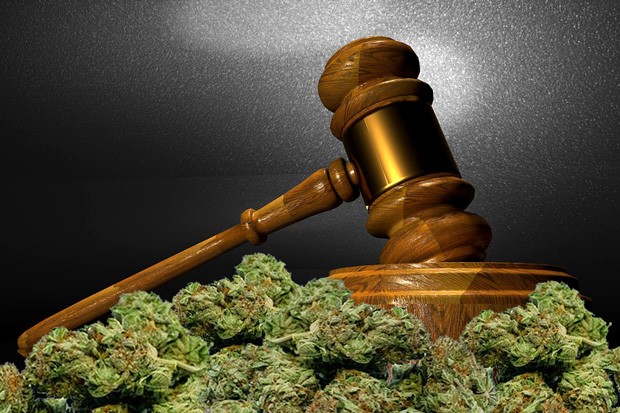 Momtazi Family LLC also claims, however, that the Wagners' marijuana farm has diminished the value of their property and caused a customer to cancel an order of grapes. These claims were at the crux of a motion to dismiss filed by the Wagners, which alleged that the damages suffered by Momtazi were neither concrete, nor plausible.

On Sept. 4, a federal court disagreed, denying the motion to dismiss. District Judge Anna Brown ruled that the plaintiffs had standing to sue, and that the marijuana farm's activities plausibly resulted in concrete damages for the plaintiff.

Whether indeed the plaintiffs can prove at trial that there is a nexus between the marijuana grown next door, and the supposed diminution of their property value and the lone customer's alleged fear of marijuana tainting the grapes, is an entirely different matter. There's no evidence to suggest that an adjacent marijuana farm will taint wine grapes in a neighboring vineyard, or diminish property values. Even this RICO suit doesn't seem to allege a pattern of customers returning or canceling deliveries of grapes, but rather a claim that one customer canceled an order based on an anticipation of "tainted" grapes. (Personally, I'm always more perturbed by the idea that bare feet might be crushing my wine grapes, but perhaps that's just residual fear from an "I Love Lucy" episode.)

If this sounds familiar, it's because Deschutes County residents, too, have voiced concern over declining property values related to cannabis production, despite lack of evidence. In Central Oregon, housing prices have gone nowhere but up since cannabis became legal to grow in 2016, with zero evidence that the regulated cannabis market has caused so much as a slowdown in property values.

Speaking as an attorney, is this “because I said so” federal prohibition proof enough that our society should enrich lawyers to fight it? tweet this

But back to the tale of the tainted grapes and cattle murder: Judge Brown's decision doesn't mean the Momtazi family proved their case. It just means their case can proceed. Winning on a motion to dismiss can be very difficult, so long as the plaintiff's pleadings aren't wholly fabricated. After the plaintiffs put on their case, the Wagners could win on summary judgment (a motion commonly filed with the judge after the plaintiffs present their evidence, and the defendant argues that no rebuttal from the defense is needed to effectively argue their case).

Whether the Wagners win with a later pretrial motion, or at trial itself, however, the damage may already be done. Litigation is famously expensive. The pleadings, answers, replies, discovery and depositions often require years of an attorney's time, and it's not uncommon for complex litigation to cost a defendant hundreds of thousands of dollars before a trial even begins. This isn't ideal for farmers who have likely invested a small fortune (or crippling debt) in property, structures, odor-scrubbing technology and attorneys and CPAs qualified to navigate the byzantine regulations set up by the state and local governments.

Then there's the concern that the Wagners could lose and be on the hook for treble damages (RICO lawsuits allow plaintiffs to recover triple the amount in damages they suffered if they prevail at trial).

It should be noted that both parties in this suit are in the business of trafficking in substances that are considered damaging vices. Winemakers are peddling a product containing alcohol, which is responsible for some 88,000 deaths annually. Marijuana, meanwhile, has a relatively tenuous connection to any mortality whatsoever. Studies show a negligible increase in "all-cause" mortality rates among men who smoke marijuana versus men who do not, and no increase at all in mortality among women. Yet, time and again, we're told by the anti-marijuana zealots that we should view the danger of cannabis with special contempt.

Once again, are the plaintiffs really suffering harm, or is this another tantrum from rural residents throughout the state about the "immoral" nature of cannabis? Marijuana is federally illegal, hence a federal statute avails the plaintiff to this kind of suit. But speaking as an attorney, is this "because I said so" federal prohibition proof enough that our society should enrich lawyers to fight it?