Hillbilly Elegy is an embarrassment

I'm not naturally inclined to hate a movie. I think cynicism when it comes to sequels, remakes, adaptations and all that kind of stuff is pretty short sighted and meaningless. Ultimately, we can only judge a movie based on its content, not how it's marketed or what ridiculous board game or toy it's based on. If we're so quick to crap on things that sound terrible from the jump, we'd never get cool things like the "Lego Movie" or the last few super-entertaining "Fast & Furious" movies.

"Hillbilly Elegy" gave me pause, however. The pedigree is solid when you've got actors including Amy Adams and Glenn Close in front of the cameras and consummate journeyman Ron Howard directing, but the trailer left a sour taste in my movie mouth. Close and Adams were buried under so much unflattering make-up design and tacky costuming that they looked like characters from an SNL sketch about poor people. It appeared to be cultural tourism masquerading as an exposé on drug addiction and familial crisis in the Appalachian Mountains. 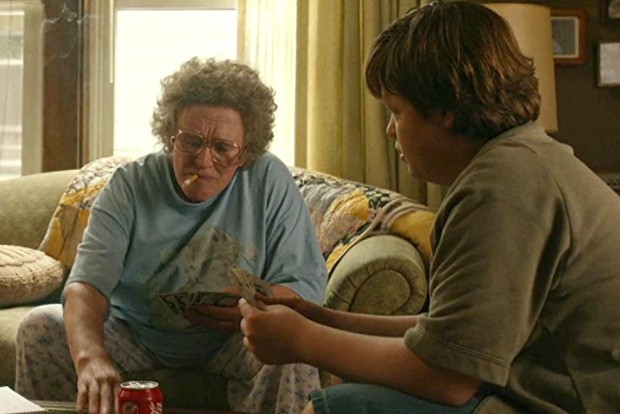 Based on the 2016 memoir by J.D. Vance, "Hillbilly Elegy" follows Vance as a kid and as an adult as he deals with his violent and drug-addicted mother, his sassy grannie Mamaw and his attempts to leave his Appalachian heritage behind so he can eventually become a Republican venture capitalist working for billionaire Peter Thiel. And sure, Glenn Close is stunning as Mamaw, but the film feels like it exists to perpetuate negative stereotypes of low-income rednecks while also making Vance feel better about cutting his losses and leaving that branch of his family back in the hills and hollers of Ohio.

The film astoundingly fails to grapple with class, familial trauma, childhood ghosts or those stranded outside the American Dream. The moment in the film that's played as Vance's biggest triumph is wrongheaded and ugly: He's got a big job interview in the morning, but his mom OD'd on heroin and is getting out of the hospital. He can either stay with his mom and help her or make it to the interview... so he chooses to leave her in a shitty hotel room by herself. Inspirational music plays as he drives away from his tearful and detoxing mother. How the film doesn't manage to equate his desperation for this job as another form of addiction is just one more failure in a long list of them.

I wish I'd never seen this classist, sneering and hypocritical melodrama. The socio-political context is made invisible, ignoring the rot at the center of the lie that Vance is perpetuating for his own shameless self-interest. This memoir isn't him grappling with demons; instead it's him bragging about how rough his life was in order to gaslight the community he abandoned in favor of being a venture capitalist. "Hillbilly Elegy" is just as ridiculous and embarrassing as "Cats," but without the songs or unintentional laughter. Ugh. I should've listened to myself and avoided this completely. Don't be like me.