Can certain sorts of injuries be tied to low-powder years? 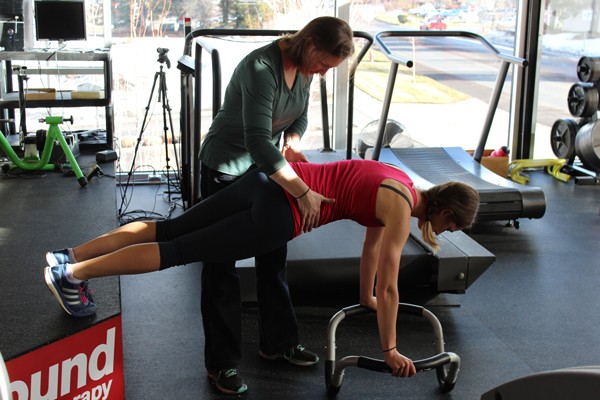 At the risk of bringing up a sour subject, the base depth and snowfall for the 2017-18 snow season has been low compared to last season's inundation. According to Mount Bachelor historical snowfall data, this season's snow pack depth maxed out in early March at 104 inches, compared to last season's 145 inches. As for total snowfall, the 2017-18 winter has seen 161 inches, while 2016-17 winter saw a whopping 469 inches.

Besides feeling slighted, you should also be extra careful on the slopes when the snow is slight. According to physical therapists, certain kinds of snow sports injuries are associated with powder drought conditions.

Mike Doden, physical therapist and co-owner at Central Oregon's outpatient orthopedics chain, Rebound Physical Therapy, has gathered plenty of winter injury rehabilitation experience. During his 19 years with the company, assisting the U.S. Snowboard team at several World Championships and Grand Prix events, Doden has seen a trend. "With respect to yearly fluctuations and in snowfall and snow sport injury patterns, we do see a pretty clear relationship. In years where we have predominant icy, hard-packed conditions, we definitely notice an increase in fractures as a whole."

Joyce Stahly, ccupational and certified hand therapist for 24 years and a Rebound Physical Therapy staffer for 12 years, treats a number of common wintertime snow sports-related hand injuries sustained from falls onto the outstretched hand, including wrist fractures and skier's thumb (a sprain or rupture of the thumb ligament).

"Of the skiing related injuries, this year I would say we may be seeing more fractures than we did last year," Doden speculates. "This is likely related to the low snowpack which exposes more rocks, and also resulted in icy, hard packed conditions which is prime for causing injuries, especially fractures. When there is a good snowpack level with soft surface conditions, we typically see less fractures compared to what we have seen so far this year." Due to the four to six weeks that patients may wait before making it to a physical therapist, the toll this winter has taken is still unfolding.

To avoid an unhappy ending to an already somewhat-disappointing shred season, follow some recommendations from Stahly and Doden. For snowboarders, wrist splints are proven to significantly lower chances of wrist injuries. There are also various breakaway adaptations for ski poles or supportive devices for the thumb to assist in the prevention of skier's thumb. Maintaining an exercise program that focuses on core strengthening and conditioning to help reduce the chance of injury is also key. Sports-specific exercises that target muscle groups and movements geared to a sport are valuable. When it's icy in town—rare this season—Stahly suggests over-the-shoe traction devices for fall prevention.