Power To The People

Abraham Lincoln once said, "The philosophy of the school room in one generation will be the philosophy of government in the next." Perhaps Oregon legislators were thinking of this quote when they signed a new bill last spring that will require high school students in Oregon to take one semester of dedicated civics education prior to graduation.

Senate Bill 513, which passed the House unanimously and the Senate chamber on a 25-3 vote, was introduced by Republican lawmakers but approved with widespread bipartisan support. In an age where political differences often seem intractably divisive, it's encouraging to see both sides of the aisle come together to support our students' education and promote civic engagement and responsibility among our youth. 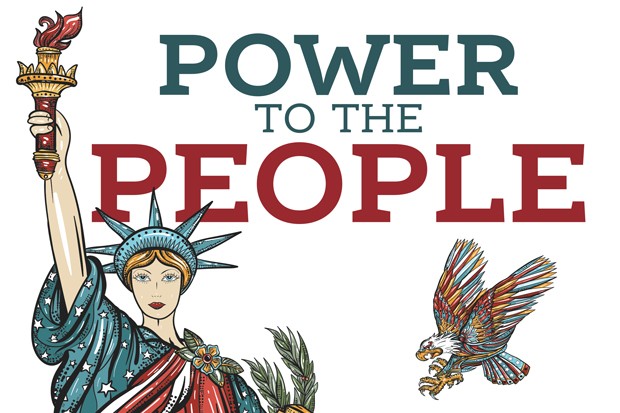 "A newly required civics course will direct schools to provide a semester-long course in high school solely focused on the civics and government standards as well as the possibility for students to engage in civics projects," says Oregon Department of Education Director Colt Gill. "A vibrant and thriving democracy requires citizens who know how to effectively engage with their community and government. The civics standards can help students understand how to build a more just and inclusive democracy."

This bill could not come at a more vital time. For some time now, educators have lamented the growing knowledge gap among our population, particularly our younger citizens, regarding the basic framework of our government and the collective responsibility our citizenship holds in shaping our society.

According to survey research from the Annenberg Public Policy Center conducted in 2020, only 51% of Americans could name all three branches of government (legislative, executive and judicial), while 17% could name two branches, 8% could only name one branch and 23% of the population could not name a single branch at all.

The Annenberg survey further revealed other gaps in knowledge that show alarming downward trends. Just half the respondents (51%) correctly said the Supreme Court has final responsibility for determining whether a disputed action by the president is constitutional, which is lower than the 61% who answered correctly in 2019. Additionally, only 47% of American citizens correctly said it takes a two-thirds majority for the U.S. Senate and House of Representatives to override a presidential veto—the lowest percentage since 2007.

It's arguable that every single person living in America should leave school understanding the basic system of checks and balances among all three branches of government as enshrined in our Constitution. How else can we expect our children to meaningfully participate in our shared democracy as they read the news, sign petitions, engage in protests and protected speech and make informed choices when voting at the ballot box?

Without such a fundamental framework, young people are at a distinct disadvantage in making their voices heard for the change they wish to see in the world. Fortunately, Oregon lawmakers worked collaboratively throughout the 2021 legislative session to ensure that Oregonian students are not left behind. Their work received broad bipartisan support from educators, government officials, business leaders and other community members who saw the wisdom in promoting civics education.

Prior to this new bill passing, the Oregon Department of Education already had standards in place for civics and government studies at the high school level, but they were embedded within the larger Social Sciences Academic Content Standards. This meant they were sometimes inserted ad hoc to disparate social studies classes, instead of being given focused attention.

The requirements outlined by this bill, which will not go into effect until 2026, do not increase the number of credits students need to receive their diploma, but rather will bring this content to the forefront of their high school education. Teachers will be called upon to design specific, comprehensive civics courses that provide detailed, in-depth understanding of how our government works.

"Civics curriculum and lessons are currently embedded in our U.S. government classes at the high school level, which include units of study on civil rights and liberties, elections, constitutional underpinnings and more," says Lora Nordquist, Bend-La Pine Schools interim superintendent, "We value having students learn about democracy, voting and how to actively participate in government."

The roots of the word "democracy" derive from the Greek words "demos," meaning "the common people," and "kratos," meaning "power or rule." Democracy therefore literally means "power to the people" or "rule of the common people." Regardless of our individual political differences and beliefs, it is this shared commitment to people power that we hold dear as a nation.

In the future, when young adults leave high school in Oregon, they will be informed, knowledgeable and empowered graduates who can exercise their power of rule and work to create meaningful change within our society for the betterment of their generation and all generations to follow. Our children deserve to know their own power.