In the midst of heightened awareness about the risk of wildfires, dozens train to become qualified wildland firefighters

Summer has arrived, with fire season right on its tail—and the memory of last year's destructive wildfires aren't far from the collective minds of various state and federal agencies tasked with preventing and responding to Oregon wildfires.

Last week, 58 students from various agencies received several days of training organized by the Central Oregon Fire Management Service to become qualified wildland firefighters. In addition to in-class training that focused on communication and team-building skills, the students spent June 20 training in a live fire exercise just south of Sisters. We tagged along. 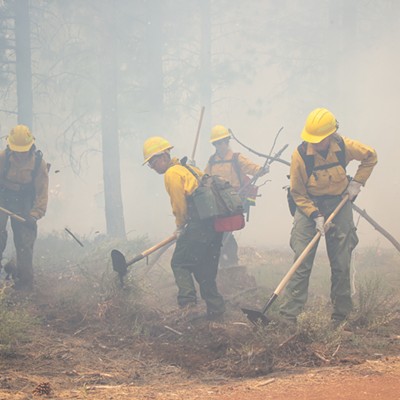 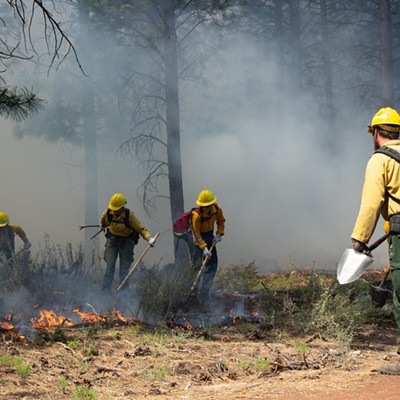 "They're doing what we call 'direct attack'—which is, they're building a hand-line perimeter to contain the fire directly on the fire's banks," said Guillory. "The other piece of what they're learning today is really just to work within the Incident Command System."

The Incident Command System is the glue that holds together the various agencies that respond to wildfires—setting up a structure of command, and breaking groups down into small, manageable sizes for better communication. During the live fire exercise June 20, trainees could be heard passing messages, as well as the occasional high five, down the line from person to person—like a giant game of telephone. 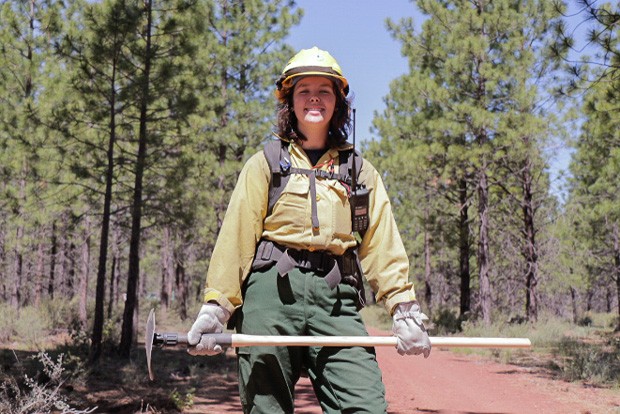 Rolyn Miller, 19, works for the U.S. Forest Service and is a student at OSU-Cascades, where she studies natural resources. Building strength of character and giving back to the community are both important to her in a career choice, she said, and firefighting fulfilled both those while also allowing her to be outdoors. The classes leading up to the live fire exercise focused a lot on team building—something Miller said is important in their line of work.

"We refer to each other as family because, you know, our lives are in each other's hands," said Miller. "And we really need to build trust."

Guillory said the interagency training program in Central Oregon is unique in that it gives students the experience of working with the same future wildland firefighters they'll likely encounter when fighting fires in the region. 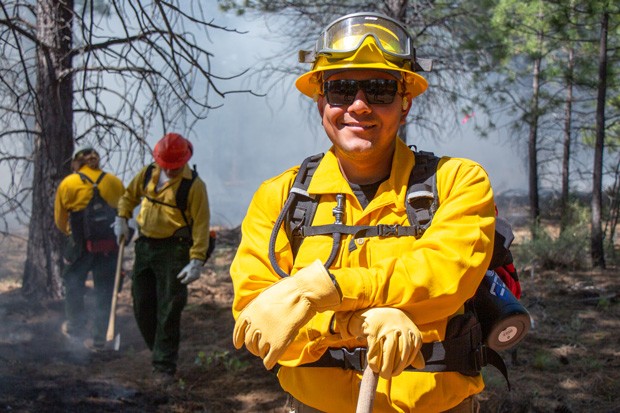 "We work really closely with our municipal partners as well as state partners and contractors and other agencies," said Guillory. "It's a really good opportunity for them to get, essentially, the live fire and really what they would be doing if they were to head to an incident here in Central Oregon—because those are the same people that they would encounter on an actual fire."

Of the 58 students who went through the training last week, 35 are USDA Forest Service personnel, 15 Bureau of Land Management staff, seven people from Oregon Military Department and one U.S. Navy sailor. The newly qualified wildland firefighters will return to their agency posts, prepared to fight fires this summer under the command of more experienced firefighters.