Over the years of writing this column, I've gotten to meet and interview a lot of great people. One of my all-time favorite subjects to spend time with is Elvy Musikka, who I profiled in 2017 for being one of the last remaining Americans approved to receive cannabis from the federal government for medical conditions. 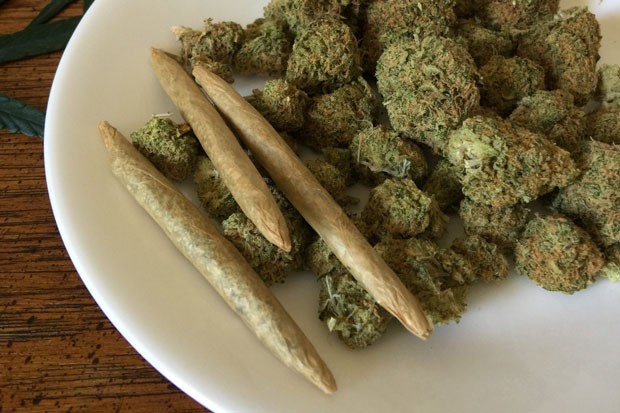 Having Uncle Sam be your weed dealer is the stuff of urban myth, but in Musikka's case, it's true. As a child, she had surgery for congenital cataracts, which left her partially blinded and eventually led to glaucoma. When she was arrested in 1988 for growing cannabis, Musikka petitioned to be added to an Investigative New Drug program, and soon became one of a small number of patients receiving federally grown weed at no cost.

She's qualified to receive 6 pounds of flower per annum, so twice yearly she travels from her home in Eugene, Oregon, to Florida to pick up three 1-pound metal tins of pre-rolled joints, made with cannabis grown by the infamously brown-thumbed University of Mississippi, a facility that's also the sole provider of cannabis for federally funded research. The Ole Miss weed, as I've elucidated before on a number of occasions, leaves a lot to be desired.

Musikka shared with me some recent experiences that perfectly illustrate the absurdity of our present patchwork of city, state and federal cannabis laws, and how having a literal prescription from the government doesn't always mean much.

"I believe Irvin Rosenfeld and I are the last participants," of the IND, says Musikka. At 80, she finds the process of obtaining her joints a lot more taxing than it once was. It requires that her primary care doctor, who's now retired, re-establishes his license so he can sign off on her paperwork for the Drug Enforcement Agency. She then must fly to Florida to pick up her medicine. Once she got stuck down there for three months, couch-surfing as she waited for the joints to actually arrive. They never did, and she returned to Eugene after convincing the DEA to make an exception and allow her Florida-based attorney to pick them up just that once.

Each time Musikka flies out of Miami International Airport, she checks the tins of pre-rolls along with any other luggage. Twice they've been seized by the Transportation Security Administration, only to be bailed out and returned by the DEA to Musikka's home.

Surprisingly, she's also had issues flying out of Eugene Airport as recently as this spring. The cannabis she brings with her from home to make the journey to Florida has been seized more than once by the same overzealous TSA agent.

"I've been flying out of that airport with my medicine since 2004 without any issues," Musikka tells me. "I'm approved by FDA [Food and Drug Administration], DEA, and NIDA [National Institute on Drug Abuse], with a doctor's prescription, and it's still not good enough."

To make matters worse, it's not always worth the effort. While lobbying for cannabis in Santa Monica in 2012, Musikka's condition rapidly worsened, resulting in temporary blindness. "My doctor said it was because the federal pot was too low in THC," she says, "which allowed the pressure in my eyes to hit critical levels."

That frightening episode emphasizes that Musikka's cannabis use is medicinal. "For me, there is nothing better than cannabis, and it can't be replaced with anything else, because we have tried everything else," she says.

I ask her how strong the federal pre-rolls are. "Under 6 percent THC, at best," she says. "I can't give you any because I could lose my prescription, but I'm telling you, it's very low." She and I agree that it's worth knowing just how strong this weed actually is, so she doesn't suffer another incident like the one she did in Santa Monica in 2012.

I set up an appointment with Green Leaf Labs on Musikka's behalf. Green Leaf is an Oregon cannabis testing facility, and they agree to study a sample of this University of Mississippi weed and see how it measures up in terms of THC levels and terpenes. In my next column, I'll report back on the results, with clear figures on how federally grown cannabis compares with what you can currently get at your local dispensary.