Pride of the Slopes

Winter PrideFest is back in 2022 with fun on the snow, ice and dance floor

Inclusion in the outdoors" is a topic one might hear discussed in many circles: among those who identify as LGBTQ+, among those advocating for those with disabilities or for the BIPOC community, to name a few. This year, OUT Central Oregon's Winter PrideFest will bring people from all of those groups together as part of its programming for 2022. Back this year after limited, COVID-era programming in 2021, Winter PrideFest is a four-day event that celebrates "Pride, Inclusivity, and our combined love of the outdoors," states the OUT Central Oregon website.

"People are wanting to get together," said Jamie Nesbitt, board vice president and co-founder of OUT Central Oregon. "I think everybody missed not having this weekend last year, and because 2020 was such a success. So, a lot of our plans for the 2022 event were really trying to get more events and expand on those events." 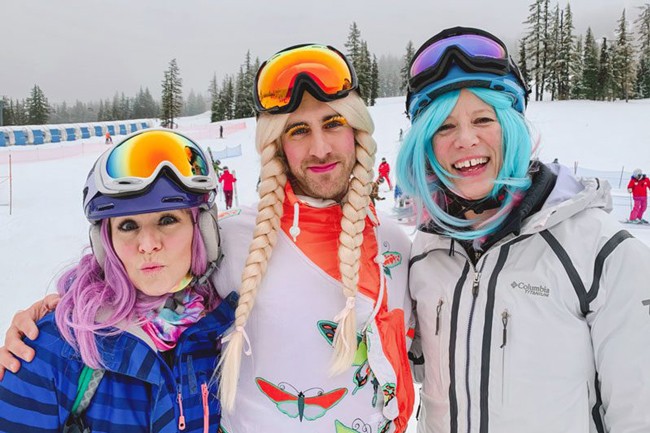 The weekend, starting Thursday, March 3, includes a full slate of happenings—so many that some of them are scheduled at the same time. One of the first events at Winter PrideFest is a free "Welcoming Snocial" at the Box Factory in Bend, happening at roughly the same time as a panel discussion and mixer at Oregon State University-Cascades titled, "Inclusivity in the Outdoors," hosted by recent Bend transplant and drag activist Pattiegonia, also known as Wyn Wiley. Pattiegonia will chat with panelists including Devin Tau, a Portland-based filmmaker and director of the documentary "Who's On Top" about four LGBTQ+ individuals climbing Mt. Hood (which is also screening at the festival); Stacy Rice, a transgender woman and cast member of "Who's On Top"; Pinar Sinopoulos-Lloyd, co-founder of Queer Nature; Zavier Borja, founder of the Central Oregon group Vamonos Outdoors; and Leah Persichille, the program director of Oregon Adaptive Sports.

"I'm really excited about our panel discussion, because first of all, the panelists are, I think, amazing," Nesbitt said. "They're amazing leaders and influencers in the outdoors—inclusivity and diversity in the outdoors—and two of them are involved in the film we are screening." 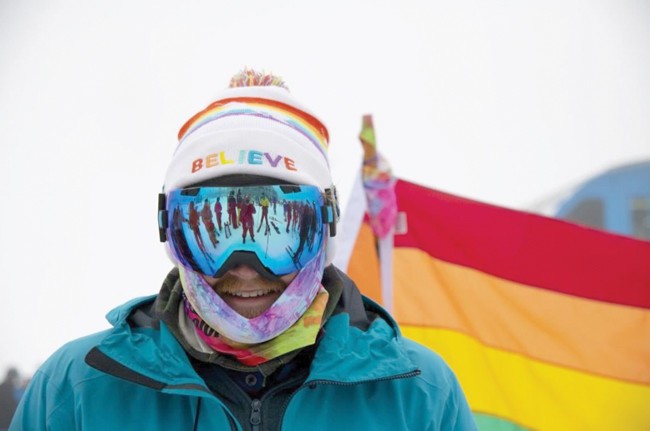 Friday also brings two snow-and-or-ice events: the festival's "Wigs: An Icebreaker" skating event happens at Seventh Mountain Resort from 7 to 10 pm—with wigs encouraged, while a Bonfire on the Snow event with Wanderlust Tours happens from 7 to 11pm.

On Saturday, revelers can take part in the Pride Celebration at Mt. Bachelor, featuring skiing, drag tubing and music in the West Village Lodge, as well as a group snowshoe and cross-country skiing event. Those taking part in PrideFest can enjoy Mt. Bachelor lift tickets for $99 a person that day through PrideFest's EventBrite page.

Organizers expect at least 1,000 people to attend this year's Winter PrideFest—up significantly from the inaugural event in 2018, when OUT Central Oregon welcomed a few dozen revelers. For Nesbitt, that growth in numbers is a sign of Bend's overall evolution.

“I think people in town see this as like wow, Bend is growing up as a town as far as trying to increase its diversity, increase its inclusivity—we have a long way to go—but step by step, events like this is how it makes it happen,”—Jamie Nesbitt tweet this

"I think people in town see this as like wow, Bend is growing up as a town as far as trying to increase its diversity, increase its inclusivity—we have a long way to go—but step by step, events like this is how it makes it happen," Nesbitt said. "I think people see the foundation that OUT Central Oregon has provided through our support of not just our own events and activities and initiatives, but those of many others within the queer community locally, and I think the weekend reflects that."