He's a photographer, alpinist and intellectual, and a lover of nature, people and dogs. He's also one of the nicest people you'll ever meet. As a professional athlete, Graham Zimmerman climbs technical rock and ice routes in the high mountains. He's a multi-disciplined expert who excels in the wild corners of the world. Although soft spoken, humble and looking like the newest member of the band Okilly Dokilly, Zimmerman is a "beast mode" professional of the highest caliber.

He has climbed new routes in the Pakistani Karakoram, Alaska and the Canadian Rockies, shot films on the volcanoes of the Atacama desert, and has run complex logistics in the wilds of Ethiopia. As a filmmaker, he's worked with organizations including REI, Outdoor Research and Outside TV. As an alpinist, he's won prestigious awards in New Zealand and the U.S. for first ascents on four continents. Born in New Zealand, Zimmerman has a degree in geography from Otago University. Now based in Bend, he lives a life focused on creativity, inspiration, precision and adventure. 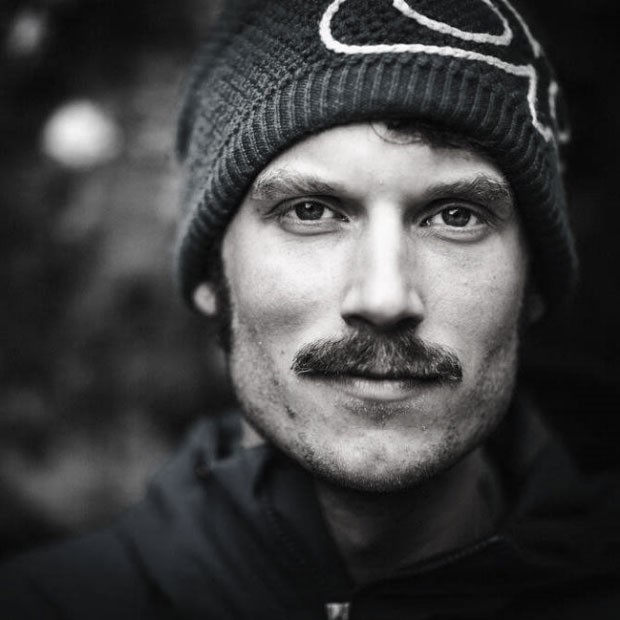 Adventure was something instilled in Zimmermann from an early age. "My parents became pregnant with me while living in Kansas and made a bold decision to move to New Zealand. That singular move, that one audacious decision to pack up and move their lives, was a precursor and a foundation for adventure in my life," he says proudly.

Working as a snowboard instructor in Washington during his teenage years, Zimmerman quickly took to the outdoors. "Nature shows us the consequences of our actions. Mountaineering started to be more attractive and I summited Mt. Adams with my Dad and did my first snowboard descent. It was my first big-mountain adventure," he says. Under the direction of his parents, he joined the Adventure Club and took a course in mountaineering. "My parents wanted to make sure I would have some level of institutional learning. After the mountaineering course, my parents thought that would be the last of my climbing desires," he says sheepishly. "But that obviously backfired."

Becoming a professional climber is not an easy task; remaining one even more difficult. "After completing my first big, new route in Alaska (Mt. Bradley) I showed up to Outdoor Retailer Show thinking that I had made it—that I would now be a pro climber and my life would be set," he remembers. "I left the show with a free pair of socks, a serious hangover and a negative bank account," says Zimmerman.

"I learned that in order to be successful I would have to market and document my climbs and create inspiration in a way that make companies want to buy into my adventures," he says. He created Bedrock Films as a way to develop his personal brand and to inspire others. "My drive as a content creator is solely focused on the power of the mountains, the importance of being a steward of the land and of nature, and to share with others what inspires me." 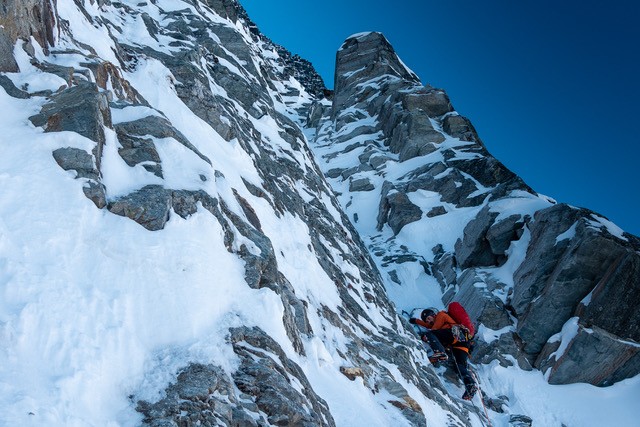 Recently returning from the Canadian Rockies, Zimmerman and partner Chris Wright (also from Bend) were successful at creating a new route on Mount MacDonald, a route that had never seen a successful ascent because of conditions, weather and logistical issues around overnight use in the area. Much of the area surrounding Mount MacDonald is closed during fall and winter because of avalanche control. Once in a blue moon, the perfect conditions exist. Although alpinists from all over the world had looked at the route for years, the stars had never quite aligned. With patience, vigilance and a healthy dose of luck, the Bend team cleared their schedules, drive to Canada and successfully forged a new route; a coveted first ascent.

"We all find inspiration in different places. For me, it is in the mountains," says Zimmerman. "The wild hills of the world create a deep desire inside of me to be a stronger, smarter human, a more thoughtful man, a better partner (both in climbing and to my lady, Shannon) and a positive contributor to society," he waxes.

"Last summer I was in the Pakistan Karakoram attempting an unclimbed 7,000-meter peak. For most, this would bring to mind images of standing on high icy rock outcrops, looking out over infinite expanses of mountains. Quite to the contrary, this (trip) it meant sitting in base camp waiting out weeks of hot, bad weather," he laments. "This, in turn, provided something I often don't have in my life these days: time. Time to evaluate my life, time to consider how I was influencing the world around me and time to ponder my inspirations," he says.

Guilty Pleasure: "I love the West Wing but don't feel guilty about it. I am a sugar guy. As a professional athlete I have to eliminate it most of the time. But when I am between projects or any time I can justify it, I crave red licorice, brownies, Reese's peanut butter cups, donuts... mmmm, donuts."

"I never leave home without a sleeping mask. Being well rested is one of the ways that I can be on point, in business and climbing in life. Sleep is the key. I can't always sleep while out and about, but when I can, I sleep hard. Oh, and a toothbrush."