She climbs, she plays piano and She Moves Mountains

Like many who grew up in the Pacific Northwest, Lizzy Van Patten was exposed to the outdoors through hiking and camping. While attending school in Washington state, she came across a book on hiking routes.

"I was a math and political science major, and thought it a cool idea to do 25 of the (recommended) routes by my 25th birthday," recalls Van Patten. On one such hike she saw Mt. Baker up close for the first time. "I was immediately inspired by it," she said. After watching the movie, "180 South," about adventuring in Patagonia, she set her sights on climbing. 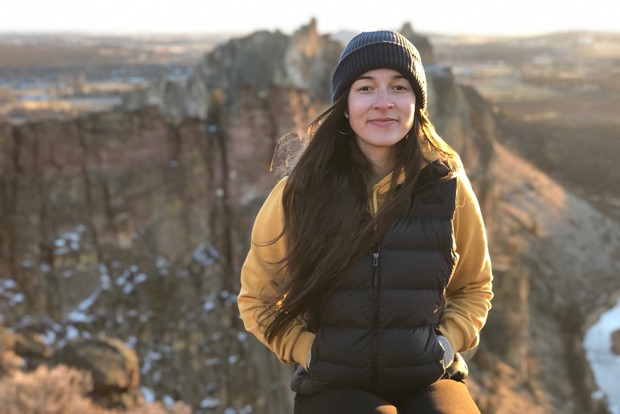 "So, one day I walked into the offices of the American Alpine Institute, pointed to a picture hanging on the wall and said, 'How do I climb that?'" She immediately signed up for a 10-day immersive climbing course. "That was the beginning of my climbing journey," she remembers.

Upon success in gaining her first real summit, climbing the classic Beckey Route on Liberty Bell in the North Cascades, Van Patten knew she had found her calling. "For a long time, I was looking for something to complete myself, and sitting on that first summit was the missing piece," she said. "I went out and bought (all the gear she needed) and headed to Squamish, the Bugaboos, then bought a one-way ticket to Patagonia."

While in Patagonia, she met her first climbing mentor, Jenny Abegg. "Jenny was so kind to me, and a great role model. She watched me get in over my head and helped me both technically and emotionally, helping me to succeed," said Van Patten. Abegg's skill as educator and coach resonated with Van Patten, as did others such as professional rock climber Emily Harrington, and Shelma Jun, organizer of the first women's-only climbing festival, in Bishop, California. 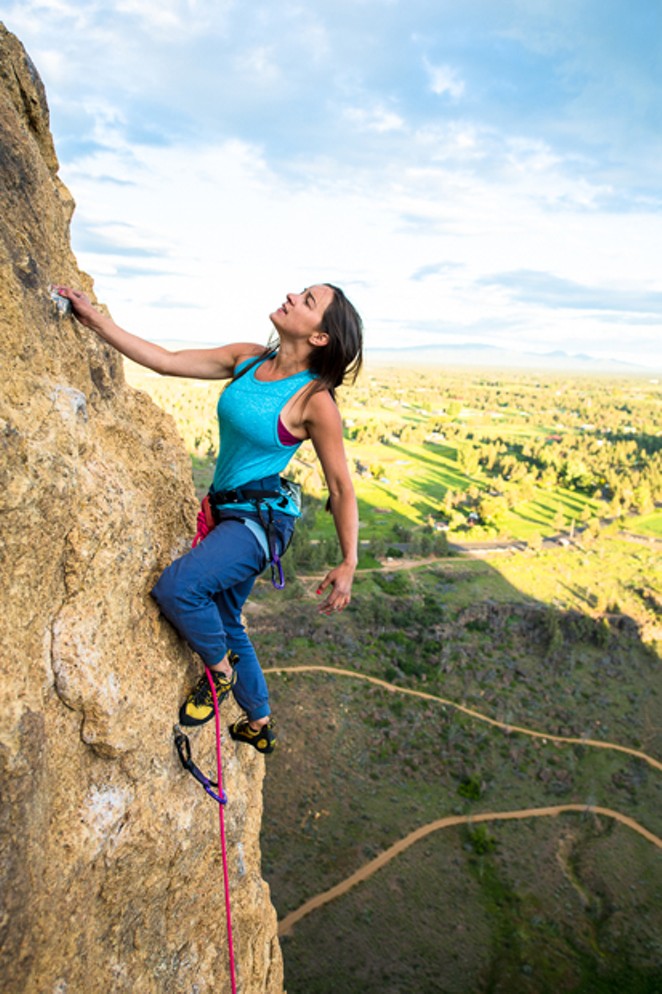 After returning from Patagonia, Van Patten briefly thought about looking for a career job. "I wanted to be an actuary and use my math degree, but hated the idea of working in an office," she says. Instead, she took a job at a local climbing shop, where she could work enough to survive, but also climb. Frustrated by the lack of control in developing climbing programs, Van Patten took her experiences and vision, inspired by Jun's success with Flash Foxy, a women's climbing community that hosts women's-only climbing events and festivals across the country, and along with partner Carey DeVictoria-Michel, started She Moves Mountains, an educational-based business whose mission is to create educational space for women (cis, trans) and gender minorities.

"There were very few opportunities for women to learn climbing craft from women, and although there are plenty of lessons and clinics available nationwide, the instructor base is very male dominated," says Van Patten. "I wanted women to learn from women and provide an alternative opportunity for women to learn and thrive in the outdoors." As women are significantly underrepresented in the guiding industry, Van Patten saw another opportunity. "By teaching women-specific rock climbing and backpacking clinics and creating mentorship opportunities, we hope to increase the number of confident female rock climbers and guides. Inclusivity is another area in which (we) pushed our mentorship programming, (giving) marginalized, and people of color easier access," she says.

Her motivations and insights in creating more and better leaders in the outdoors are paying off, as many of her recent new guide hires have come directly from the mentoring programs of SMM. "At the core, we are just better at our curriculum. We are teaching less, but teaching more effectively. Limiting the topics and participant numbers, and focusing on creating more independent climbers," she says. "We know that there is a lifetime of learning to explore and (we strive) to give our students the resources to continue their journey without us."

COVID-19 put most of SMM's programming on hold, but it also gave Van Patten time to make necessary adjustments. "We were closed for a year and I ended up paying my guides for all the days they were contracted for when programs were canceled. I sold branded items to make some money, and was blown away to see how many people were supportive of our programming," she said. "It's been difficult to balance keeping the company solvent, running the website, social media, fundraising and maintaining my own athletic pursuits in climbing, but I did get to practice playing the piano more and that was nice."