A producer and documentarian, and creator of the local film "River Looters," talks about her path to success

Rebecca Hynes is a filmmaker and agency producer. Her list of credits includes print and film media with clients as big as Nike, Mastercraft and Eddie Bauer, but her real love is the short film documentary, where she is able to use her multi-faceted skill set to create a more powerful and intimate experience.

As a film producer, Hynes coordinates most of the various aspects of the project including location selection, coordination of writing, directing, filming and editing, as well as the financing scope of the film and final delivery.

"In production there is a constant need for firefighting. We are masters of suppression of issues that develop during a project," says Hynes. "Many producers are seen as being a fixer. Our main job is to smooth out the rough spots often found behind the scenes of production." 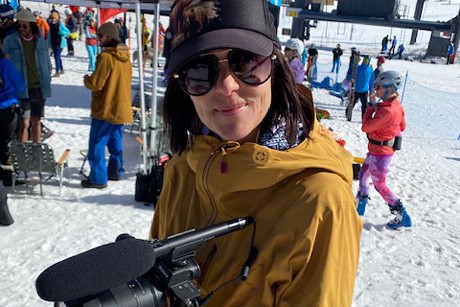 Pursuing journalism in college was influenced from her childhood experiences.

"I always had land around me, calling to me to explore and wander," she recalls. The nuances of nature, including the forests and animals, compelled her to explore deeper. Her adventurous spirit was further fueled while volunteering for an outdoor school. "I had a great mentor in exploration of the technical side of the outdoors," she says. From whitewater rafting, backpacking and rock climbing, Hynes grew to appreciate, love and pursue a life in the outdoors. "I was also very drawn to the images and stories of sport, especially during the Olympics," says Hynes. After graduation she moved to Portland, Oregon, where she landed an internship as a production assistant, and after years of juggling three jobs to makes ends meet, she embarked on a career in branded media as a producer.

"When I first started in production, people would often speak of how well I can stay calm during the production storm. Living and working in the outdoor environment, especially while I was guiding whitewater in New Zealand, really raised the bar in terms of what is serious and what constitutes an actual emergency," she says. "When you are dealing with corporate financing—big money, there is inherent stress, but it's just time and money," Hynes says. "Dealing with a high-water rescue, lightning storms or other potentially life-threatening situations has substantially more risk than losing a day of filming."

In finding balance between being an artist and producer, Hynes turned to making short documentary-style films. Small projects with little to no budget or constraint, she tapped into the magic of human interaction and the outdoors. With films like "Rodeo Dog," and "River Looters," (the latter filmed and produced in Bend, covering the team that dives into the Deschutes for treasures), Hynes found a balance between work and life. "As a producer I don't touch the camera at all," she said. "It's more big-picture. With 'River Looters' I did it all—location, script, shot, edit, color production and only had some help with audio," she waxes. "I absolutely love lowering the stress-bar with love projects; ones that I can tackle in a few days instead of several months," says Hynes. For example, during this year's Vert Fest at Mt. Bachelor, Hynes did all the camera work and editing, with a 36-hour turnaround for the annual backcountry fundraising event. 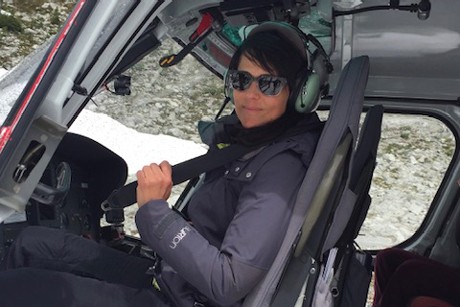 "Big ticket productions are much more compartmentalized, refined and mature, but my heart is not always leading the way," Hynes said. "Small projects allow me to capture the spirit of the day." With "River Looters," which premiered against some heavy hitters at the MountainFilm festival, her little project proved her point. "Showing my film at Telluride was the culmination of my career, and was my childhood dream," she said. With fewer than 10% films at MountainFilm being made by independents and not covered by corporate budgets, her inclusion was a high water mark. Additionally, of those 150 films "only a handful were produced by women," she says. "Being an advocate for women and film, and to represent both is an amazing honor."

Hynes is a collaborator, a true leader who can manage her overall vision with the realities of group dynamics and the sometimes-differing opinions of directors, producers, filmmakers, and actors. "As a female film producer in an insanely male-dominated industry, I feel honored to be able to create and produce," says Hynes.

Another strength, she said, is never losing sight of the efforts of assistants and interns. "It's a tough job and having worked from the bottom up, I always take time to talk with staff (at all levels) and check in. I don't buy into the fact there is a caste system eg., director, PA, camera person...I think everyone is important and integral to the success of the project," she states emphatically.

Asked about future projects, Hynes says, "I have always wanted to do a long-term project surrounding animals. From dogs to gorillas, I don't really know, but OMG you look in the eyes of (a primate) and see their intelligence...WOW," she exclaims. "And since I've never done a long-term/feature length documentary, I have an idea on an action sports feature showing learning progression from introduction of a craft to perfecting it. Imagine watching kids find their sport, and watching them propel into their future."