The 1,500-acre area of Juniper Ridge was sold to the City of Bend for $1 by Deschutes County in 1990, and has since been considered for a number of different purposes. The land was given under the pretense that it would be “employment land,” zoned commercial, industrial or mixed use. An ambitious master plan that imagined a four-year university, neighborhoods, a town center and industrial areas was scrapped during the Great Recession, and since then ideas for the land have come and gone. But, with sewer infrastructure built and plans to extend roads, the land can now accommodate some of the long-awaited projects.


On Wed., Oct. 6, the Bend City Council directed City staff to move forward to create a public works campus on 26 acres of Juniper Ridge. The campus will house the City’s utilities, engineering and transportation and mobility departments. Facilities manager Grant Burke said that current office space was tight and storage for machinery used by the utilities and transportation departments was lacking. 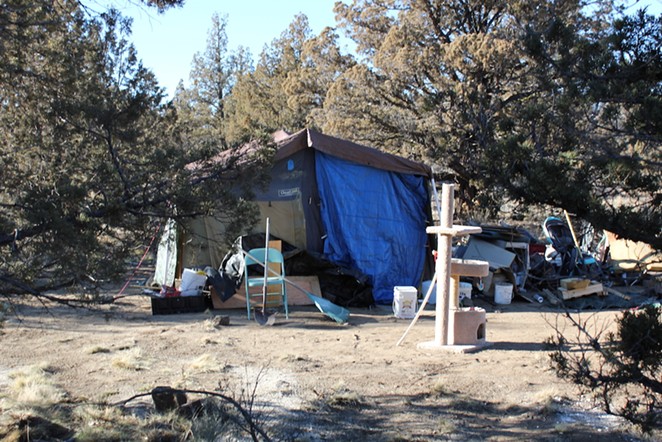 “Those two departments come with big things,” Burke said. “They come with big vehicles, heavy equipment, generators, and you've got to be able to find a place to store all that, and we're really running out of space, not to mention fleet there.”


Residents have looked to Juniper Ridge as an opportunity for affordable housing and for unhoused services. Oregon land use laws require cities to zone enough employment and housing land in a 20-year plan. However, Bend’s growth is so explosive that housing can’t be built fast enough to retain even remotely moderate housing costs.


“What the community started asking us is, why aren't you using your city-owned land in Juniper Ridge for affordable housing,” Recovery Strategy and Impact Officer Carolyn Eagan said. “And so, in December 2020, the Council adopted the plans for the 500 acres of Juniper Ridge, the land that’s subdivided, and said we're willing to look at the land that's not already developed for housing.”


“In the 2020 legislative session, the state legislature made it possible for any publicly owned land to be used for emergency shelters or deed-restricted affordable housing, and basically said, the state legislature does not care what the land use designation or the zoning is, and if it's publicly owned, then that public agencies, so in this case the City, has the authority to develop it as some sort of emergency shelter or as affordable housing,” Eagan said.

During the Oct. 6 meeting, City Manager Eric King said there will be more opportunities for these kind of projects as the adjacent Cooley and Talus roads are extended, but the City is still in the process of exploring its authority over the land.


“Council is saying, ‘is it even possible to use some of the city-owned land inside the city that's designated for employment, but using our authority that the legislature gave us to do something other than build more offices, more factories, more research and development facility, so that we can better provide for all of our committee members who don't have a roof over their heads?’” Eagan said.


Eagan said everything is on the table for potential projects, but that the process is slow-moving and it could take time before something materializes.