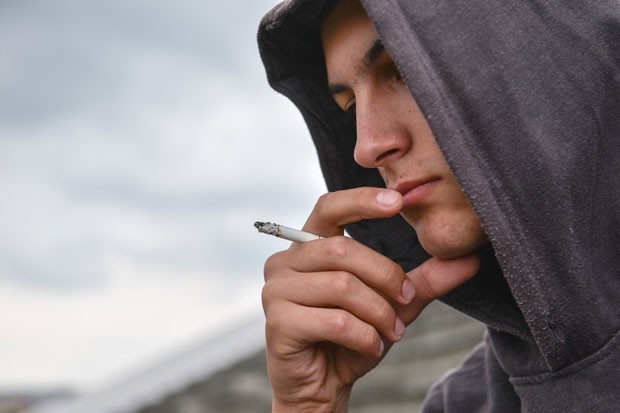 You know something that truly bothers me? Yes, high treason by a flaccid, racist, sociopathic Nazi lover who lost the popular vote by 2,864,974 votes, of course.

But I'm none too wild about the arguments used by prohibitionists in their opposition to a regulated cannabis program, either. Now that legalization has had a few years to provide information for researchers, we're getting a better idea if these arguments are valid. Today, I'll start looking at these arguments as a regular feature of the column.

Argument: Cannabis use in youth will increase when a recreational cannabis program is established.

Unless it's for medical issues, cannabis should not be used by youth. (Cautionary tale: I consumed copious amounts of "The Shoes" in high school, and look how that worked out. I would have been far off better drinking daily instead! Unless you think cannabis might be less harmful than alcohol? Asking for a friend....)

I have never spoken to anyone in the industry, regulated or non, who has sought out children to sell cannabis to, in any form. Growers and dispensaries are required to take extensive, expensive steps to restrict cannabis access to anyone, but especially those under 21. Penalties are high for blowing it.

(And why do you never hear concerns that if a town or city opens a liquor store, underage consumption rates of alcohol will increase. Because alcohol is a taxed, regulated adult consumable, and provided the liquor stores does not sell it to them, then they must have gotten it from their parents, which is poor parenting, but not a reflection on the store or the industry as a whole. Plus, liquor comes in super child proof containers like "bottles" and "cans," and leaves the store in a special exit bag that I like to call a "paper sack." #doublestandardalert.)

Recent studies give clearer insight as to what truly happens when a recreational program is established. This month, Marijuana Moment looked at a paper published by the Drug and Alcohol Review by researchers with the University of Waterloo in Canada who analyzed responses from an online survey of 4,097 U.S. teens aged 16 to 19, who lived in three types of states: prohibitionist, those with an established rec program, and those with a newly established rec program.

In states that had a recreational program, cannabis youth use was slightly higher. Prohibitionist states were 13.30 percent. New Rec 17.60 percent and Established Rec had 20.30 percent.

But researchers qualified that: "Relatively few differences were observed between states with an established market and those that only recently legalized, which suggests that differences between legal and non-legal states may be partly due to pre-established trends and a type of 'self-selection' effect, in that states that legalize non-medical cannabis typically have higher rates of cannabis use anyway."


Having a rec program puts far more funding and attention on the matter of underage cannabis use than a prohibitionist state does. Restricting regulated access is not making children any safer and may be more harmful than good. tweet this

How cannabis is used differs as well. Established rec states respondents used tobacco with cannabis in a blunt or joint at 20.50 percent, while prohibition states had 32.70 percent who did. Prohibitionist states had a higher rate of users who drive within two hours of smoking, and were less concerned about the long-term health effects of cannabis use.

Colorado and Washington have determined that the kids are alright. In Colorado, both state and federal studies show that youth use of cannabis is actually down since legalization, and a large majority of Colorado students are not using cannabis regularly or infrequently. Of all students, a majority have never even tried cannabis.

In Washington state, a three-year study by the Washington State Institute of Public Policy has determined that cannabis use among youth has not increased since cannabis legalization. Using a Washington Department of Health biannual study of students in the sixth, eighth, 10th and 12th grades showed cannabis use was unchanged, or had slightly declined since the beginning of their rec cannabis program.

In rec states, the regulatory agencies implement wide-reaching public education and awareness campaigns about restricting cannabis access to youth. Having a rec program puts far more funding and attention on the matter of underage cannabis use than a prohibitionist state does. Restricting regulated access is not making children any safer and may be more harmful than good.