Bendite Karon Johnson and her program, Protect Bend Trees, are seeking to change the developer code for more strict arboreal protection in a town once mainly associated with the lumber industry.

Johnson argues that high-density housing alone won't solve Bend's housing crisis, and that it shouldn't come at the cost of its trees. She says Bend's tree preservation code is vague enough that developers can clear-cut every tree on a proposed development site, and it violates Oregon Revised Statute 197.307(4). 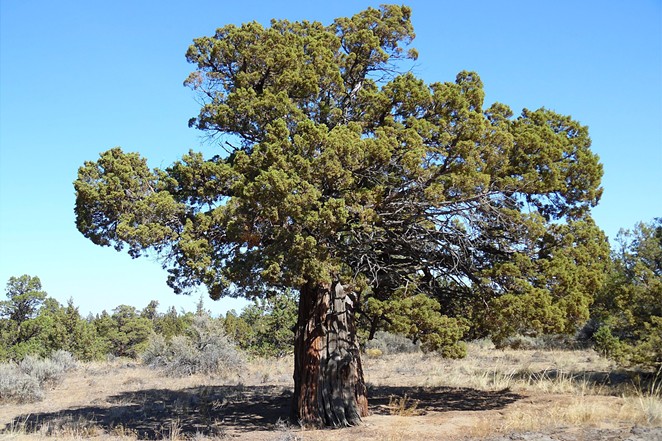 Johnson's solution is to increase the amount of space developers can build on by reducing the public right of way on local streets from 60 feet to 50 feet.

"Adopting the Guidelines recommendations would give developers the space they need to create designs which save some significant trees while achieving the desired density of their projects," she wrote.

She also believes that developers should have to post bonds for each chopped tree.

"The present code does not require a developer to post a bond for each tree designated for preservation," Johnson wrote. "The City staff does not have the time to monitor a development site to ensure compliance with the tree protection plan. The code needs to give the developer a stronger incentive to monitor subcontractors by requiring a significant bond for each tree to be retained."

Johnson has an entire re-write of City code on her website, ProtectBendTrees.com, that she feels is necessary to maintain the natural beauty in Bend.

"Unless the City adopts a tree preservation code which satisfies ORS 197.307(4) and mandates the preservation of some significant trees, Bend's iconic native trees will continue to be destroyed," she wrote.

Johnson initially reached out to the Source Weekly for coverage on this issue, but did not respond to our subsequent requests for additional comment.