Protecting Pines in the Ochocos

A settlement between conservationist groups Oregon Wild and Central Oregon LandWatch and the Ochoco National Forest halted logging in sensitive areas that could have put fisheries and Rocky Mountain Elk in danger. The settlement was reached on June 14, over a year after it was filed.

The National Forest Service's mandate is to manage the land for recreational, conservationist and commercial interests, and in its Black Mountain Vegetation Management Plan over 34,000 acres were made available for logging. 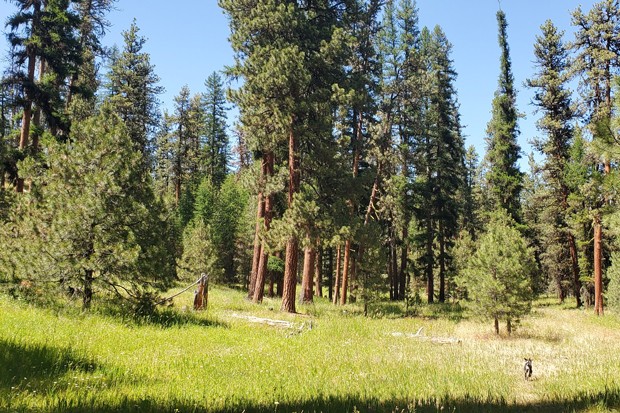 "It's maybe a tough line for the Forest Service to walk," said Rory Isbell, staff attorney for Central Oregon LandWatch. "It's difficult for the agency to meet all of its goals. In this case we felt that they weren't doing enough to meet their legal duties to protect wildlife habitat sensitive environment in the project area."

"For multiple elk lifecycle stages, both in the spring and in the fall, for various cycles of elk mating and then calving, they rely on thick vegetations to both hide from predators and also have forage to eat that occurs along riparian areas," Isbell said.

Logging also has a two-pronged effect on fisheries and can disrupt them through the sediment released from the heavy equipment necessary to cut timber and by the loss of shade those trees provide.

"Redband trout require cold water and stable flows in order to survive, and a lot of the streams and its habitat, including in the Ochocos and in this project area, the water quality, the temperature and the amount of turbidity and sediment that's released in that water is unsustainable for redband trout," Isbell said.

Only the riparian areas are a part of the appeal and other areas slated for logging won't be affected. The precedent for the appeal was solidified in June 2019, after a lengthy court battle over planned off-highway vehicle trails in the Ochocos.

The two projects are a troubling pattern for conservationists who are hopeful that the natural character of the forest remains its highest priority.

"We keep seeing controversial projects, like both the Summit OHV and this recent Black Mountain project, come up where the existing management plan for the National Forest maybe doesn't do enough to protect these habitats and guide the character of uses on the forests," Isbell said.

Though it took some legal legwork, LandWatch and Oregon Wild celebrated the appeal.

"We're grateful that the Forest Service has agreed to follow the laws that safeguard these values here," said Jamie Dawson, Oregon Wild's public lands campaigner, in a press release. "However, it's clear that the Ochocos need a longer-term vision and stronger legislative protection to truly protect the things that make this landscape special."

What the long-term vision should be varies among conservationists, but most of them believe that stronger protections are needed.

"In the past, people have argued for a National Recreation Area to be established in the Ochocos, so that's one option," Isbell said. "Another option is to just update the forest plan to better reflect current values."

Related Is a Big Win for Conservation a Blow to Climate Action?: As extinction and climate crises loom, the Great American Outdoors Act and recreation industry continue to rely on oil money.

Is a Big Win for Conservation a Blow to Climate Action?
As extinction and climate crises loom, the Great American Outdoors Act and recreation industry continue to rely on oil money.
By Carl Segerstrom, High Country News
Outside Features