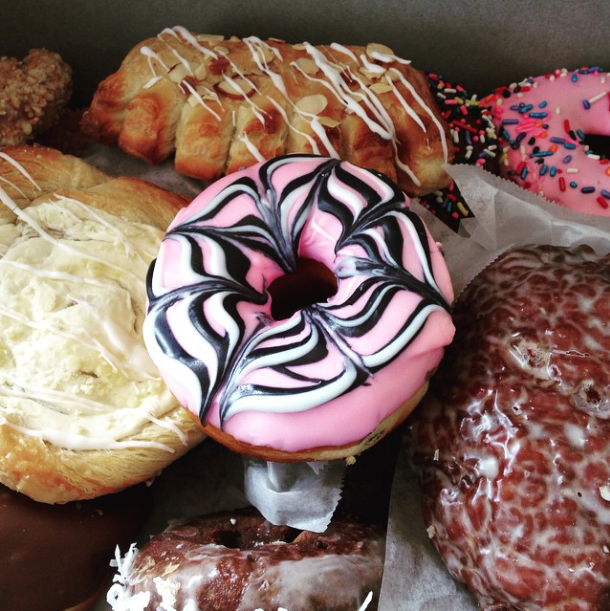 We interrupt your regularly scheduled programming with this important message: It's National Donut Day.

Now, we know all these days are often marketing ploys to promote a product—in this case, deep fried dough with frosting, filling, sprinkles, and other delicious accompaniments. But we are nothing if not hungry. And on this particular day, at least one local donut shop is prepared to assist the donut-deprived masses.

Sweetheart Donuts (210 SE 3rd St.) is giving out free donuts today (one per person) until 2 pm, or until they sell out.

Plus, the local donut shop says the National Donut Day has its roots in a patriotic tradition (and who are we to argue with patriotism?).


We invite you to join us as we help celebrate National Donut Day and honor the “Donut Lassies” who served traditional cake donuts to soldiers during World War I.

Founded in 1938 in the City of Chicago, National Doughnut Day is actually a patriotic remembrance of a time when Salvation Army volunteers handed out doughnuts on the front lines to soldiers. When the soldiers came home they brought their nostalgic donut memories with them fueling the donut industry as we know it today.

The donut continues to be a comfort food served by the Salvation Army to those in need during times of disaster.

Have you heard of other shops giving a way free donuts? Let us know in the comments.