Trump and Congress agenda to steal public lands from the people 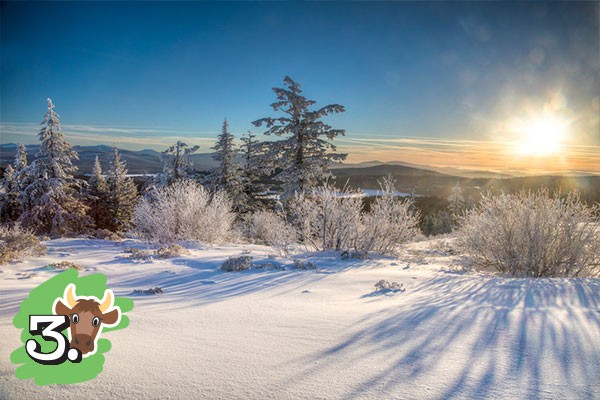 Of the many bad ideas that gained traction in 2016, privatizing public lands is one of the most radical and lacking in public support. Republicans and Democrats alike use and enjoy public lands, and Americans overwhelmingly oppose removing land from public ownership by selling it off or handing it over to individual states to manage.

While we are distracted by the latest offensive tweet, the Trump Administration and Congress are pursuing an insidious agenda to take public lands away from the people—though not necessarily through privatization. The apparent goal of their agenda is public ownership in name only, with private industry controlling the oil and gas, minerals, trees, grass and water on our public lands.

These changes stand to impact everyone who enjoys public lands, because when industry controls public lands, people get locked out. As the administration proceeds with its agenda, how will the public respond? tweet this

Under the guise of giving more control to state or local governments, the administration has made significant changes in pursuit of their radical agenda. Here are a few changes that could put public lands in Oregon at risk.

In October, the administration announced its intention to roll back protections for Greater sage-grouse, a species synonymous with Oregon's high desert. The 2015 sage-grouse plans were the result of over five years of collaboration at the state and local level to protect the bird from extinction. These plans protect not just sage-grouse, but 350 other species and their habitat— on millions of acres of public lands. While the administration's actions stand to directly imperil sage-grouse, they will also open up sensitive public lands to mining, oil and gas and other development.

You've probably heard about the Trump Administration's review of national monuments and the "shrinkage proclamation" that stripped protection from public lands in Bears Ears and Grand Staircase-Escalante National Monuments in Utah. Cascade-Siskiyou National Monument in Southern Oregon could be next. In this case, you can be sure the Trump administration won't be listening to all voices; with the exception of Rep. Greg Walden (R-Hood River), Oregon's leaders have spoken out definitively against removing protections from Cascade-Siskiyou. Here, the logging industry would be the clear winner, while the local governments and businesses that value the monument for its rich biodiversity and recreational opportunities stand to lose out.

Public lands agencies such as the U.S. Forest Service, Bureau of Land Management and the National Park Service are facing major budget cuts under the Trump Administration. These cuts will ensure that the people who take care of public lands will not be able to do essential work like maintaining trails and campgrounds, fighting fires and enforcing laws. Defunding public lands fits squarely into the broader anti-government agenda and aims to erode faith in the government's ability to care for our public lands, making the administration's narrative about giving control "back to the states" more appealing.

These changes stand to impact everyone who enjoys public lands, because when industry controls public lands, people get locked out. As the administration proceeds with its agenda, how will the public respond?

We can't afford to merely complain meekly and lose faith in public land managers. Instead Americans of all backgrounds must question the intentions behind the administration's decisions, speak up when decisions fail to serve the public interest and help ensure that understaffed agencies take care of our land through advocacy and volunteerism—and at the polls.

Gena Goodman-Campbell is the Public Lands Coordinator for the Oregon Natural Desert Association.