Pucker Up for May | Beer & Drink | Bend | The Source Weekly - Bend, Oregon

Pucker Up for May 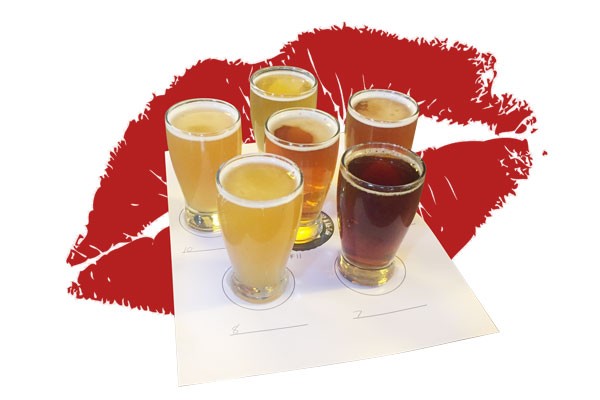 It may occasionally be forgotten here in mid-2018—when breweries worldwide are falling over themselves to release opaque IPAs of every shape and flavor—that sour beers are still A Big Thing in Bend.

Just take a look at the menus of the city's two 10 Barrel locations. Brewers Tonya Cornett and Bryon Pyka have been keeping the "Sour" section of both menus full of innovative selections over the past couple years, from the baseline Crush series (strawberry and apricot versions currently on tap) to much more complex releases. Take a look at Indiopia, for example, available now at the northeast Bend location. To craft it, Pyka and company took a barrel-aged dark sour beer with earthy, malty notes and added some Ethiopian coffee from the local folks at Backporch Coffee Roasters, as well as some Indian sarsaparilla extract.

This results in a sour ale that, while not too heavy on the alcohol (5.7 percent), is massive on the flavor. Coffee is the name of the game here, backed up by all kinds of fruit and vanilla notes, and—in a very good way—it's truly like no other beer out there.

Looking for more? Then run on back west to Broken Top Bottle Shop, running its April Showers Bring May Sours campaign through the end of Sunday. This is the sixth year for the event, meaning it's been around longer than quite a lot of Bendians, and it's showcased lovely goses, sour ales and other fruity delights for that entire time. Here are some of the highlights on tap this time—stick to just one, or get 'em all in a single tasting flight that'll exercise anyone's taste buds to the max.

Druif (pFriem Family Brewers): The base beer the gang at Hood River uses to craft their lambic-inspired ales was infused with Riesling wine grapes from Brooks Estate Vineyard near McMinnville. The result could be mistaken for wine in a blind taste test—it's got a dry, sparkling finish, and the taste is supremely fruity.

Peche 'n Brett (Logsdon): A perennial member of the May Sours lineup, this beer features Logsdon base Seizoen Bretta (itself a fine Brett sour that won GABF gold in 2012) re-fermented with loads of peaches, to the tune of one-and-a-half pounds of peach per gallon of beer. One of Oregon's first sour beers to achieve national success, its natural carbonation makes for a strong, refreshing classic.

Deutsche Hose (De Garde): Spontaneous fermentation and sour beer have been an integral part of this Tillamook brewery's arsenal for years. Hose is one of their many dry-hopped wild ales, commonly used as a base for other beers—this one's aged in oak barrels with sea salt, coriander and citrus peel for a funky glass to enjoy when the weather's warm outside.

Speaking of Beer, beer In Bend