Oregon has more than its fair share of stoners—but until now, it only boasted a single weed-themed sandwich shop, in the hippie mecca of Eugene. But on March 28, Bend became the second location in the state to be home to a Cheba Hut, the sandwich shop chain with a marijuana theme. 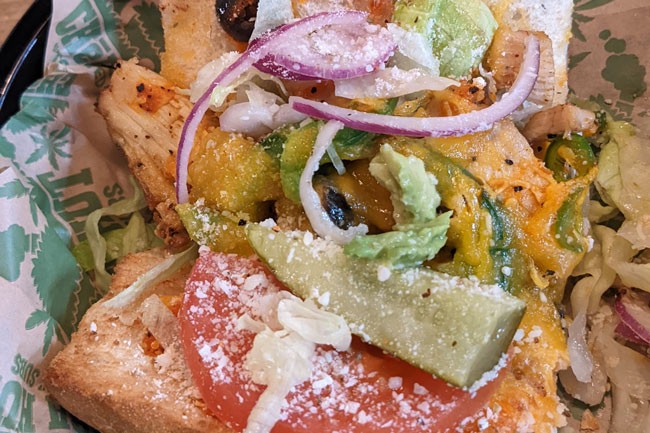 Bend’s Cheba Hut is owned by two couples: Jennee and Seth Elliff fell in love with the Cheba Hut them after visiting the location in Eugene, so they teamed up with Dan and Sandie Campbell, former owners of Cultus Lake Resort, to open the Bend version. Cheba Hut offers more than 30 types of toasted subs, along with a full bar featuring drinks such as the “Dirty Hippie,” and “Hot Box.” Also on the menu are other munchies, like the Loaded Not’Chos featuring nacho toppings on a bed of nacho cheese Doritos, and “Goo Balls” with rice cereal, peanut butter and marshmallows.

It’s located at 1288 SW Simpson Ave., Suite 1, in Bend and is open from 11am to 10pm daily. (And P.S., while we’re very proud of the pun used in this headline, the shop does not appear to have pastrami on its regular menu.)