Deschutes County is one of the only counties in the state with a forester dedicated to reducing wildfire risk. We chat with him about what he does—and what homeowners can do to protect themselves

Ed Keith, Deschutes County forester, was a recent guest on the Source Weekly’s podcast “Bend Don’t Break.” With a number of Oregon’s beloved mountain towns decimated by wildfire last week, we asked Keith about his work with local, state and federal governments as well as private landowners to keep Bend safe. 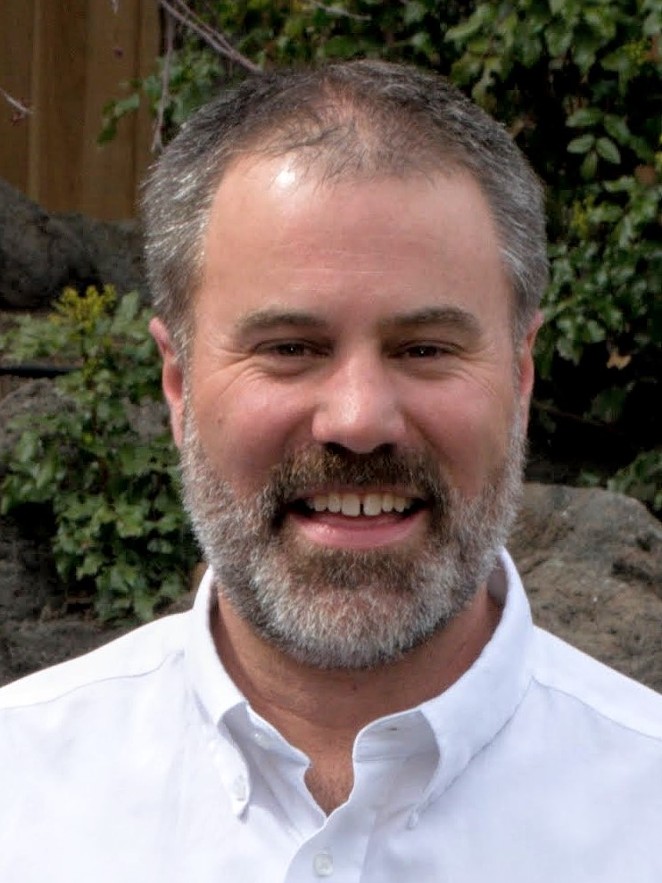 Ten years ago, Keith began working with the Deschutes Collaborative Forest Project, a diverse collective of environmentalists, firefighters and timber executives to reduce the risk of major wildfires in Deschutes County through forest thinning and controlled burns.

In this Q&A, Keith discusses his work with landowners to create defensible space around their homes and discusses how Oregon’s urban growth boundaries play a key role in keeping cities protected from mass destruction.

Source Weekly: You have held the title of “forester” throughout much of your career. What does that mean?

Ed Keith: A forester can be anything from somebody that plans or oversees timber sales, to somebody that works on reforestation, to somebody that helps plan tree thinning and fuel reduction. A lot of my career has been focused on how fire interacts with forests and how we can manage forests for better fire outcomes.

SW: Why does a county have a forestry position?

EK: The position with Deschutes County is fairly unique. There are several other county foresters in Oregon, but most of them are actually there to plan timber sales and create revenue for the county. In Deschutes it is just completely different because of the fact that we have a couple of hundred thousand people living here in a county that has a lot of wildland fuel and a lot of fire. The county decided to create a position that would really focus on reducing the risk [of fire] to those communities.

SW: Both social media and the internet are full of questions right now about why all these fires are burning at once… I’ve lived here a long time and I’ve seen many forest fires, just never this number of forest fires and this geographical spread…

EK: It’s gonna be one for the history books, for sure. It’s due to a lot of things: long-term drought, the fact that we went into this year with somewhat normal snowpack but came off it fairly quick. We’ve had an extended period this summer where we’ve seen really no precipitation at all. We had a really unique cold front that combined with east winds.

But looking over the longer term, the history of both fire management and forest management has contributed to the fire spread. Because of 110 years of very successful fire suppression, our forests are much more continuous than they would have been in the past, so that has led to these larger-scale fires on the landscape. Also, a lot of people that aren’t watching this on a day-to-day basis might not even know, but we have hundreds of fires every year… there were several fires already out on the landscape that weren’t caught yet when this weather happened, and many more happened from powerline failures due to downed trees and things like that; there were lots more ignitions than we had the capacity to catch all at once. There were already all these fires in California that were draining our resources. It was a perfect storm for these fires to spread very rapidly.

SW: What did you mean when you said the combustible fuels formed a “continuous area?”

EK: In the past—I’m talking about thousands of years of fire history with suppression—we would have seen fires burning all over Oregon and those might have burned for a little while and then maybe run into an old historic burn and burned their way out. But with fire suppression, all the patchiness that we could have seen in our forests in the past filled in and all the growth continues every time we put out a fire. That growth likely would have been burned and created a small opening, creating a mosaic on the landscape. Now a lot more fuel carries the fire over a large area of the landscape.

“For Oregon as a whole, we sit around 80% human-caused and 20% lightning-caused fires. The number one cause of human-caused fires is escaped debris burns. Then equipment, which includes everything from powerlines going down to a railroad car that might catch on fire, to dragging tow chains. The third category is related to recreation. All human-caused fires are at least in theory preventable.” —Ed Keith tweet this

SW: Tell us a little bit about how these fires start and why they start… because we hear a lot about ‘it’s powerlines’ or ‘it’s lightning strikes’ or ‘it’s campers’ …or ‘it’s Antifa!’

EK: For Oregon as a whole, we sit around 80% human-caused and 20% lightning-caused fires. But it really depends on the geography… in eastern Oregon that might be closer to 50/50, where in western Oregon it might be closer to 90 to 95% human-caused, as they don’t experience much lightning and there are lots more humans. The number one cause of human-caused fires is escaped debris burns. Then equipment, which includes everything from powerlines going down to a railroad car that might catch on fire, to dragging tow chains. The third category is related to recreation. All human-caused fires are at least, in theory, preventable.

SW: It’s common to hear about fires being 5% contained or 100% contained. Can you describe what that actually means?

EK: It essentially means if you drew a line around a fire—and in some of these fires they might have three or four hundred miles of fireline that needs to be built—the containment is the percentage of the line around the fire that is not only built but that the fire manager expects will reasonably hold. It will withstand a wind event or has enough fire hose around it to hold that fire from spreading back across the line.

SW: With so many people moving to Bend and the pressure to expand out into the wildland-urban interface… from the perspective of the county forester, what does that mean for the future?

EK: For the older communities in the WUI, our work is to retrofit those for today’s reality. A lot of the work that I do is trying to get those communities thinking about how they can reduce their fuels to create defensible space. For the communities that are now being built or planned for the future, I would point to The Tree Farm development in the Westside Transect Zone… [this neighborhood] is a buffer between the City of Bend and the undeveloped wildland further to the west. These homes are at high risk for impact from wildfire so they were built with that in mind. This includes fire-resistant building materials, mandatory defensible space, certain plants for landscaping and multiple evacuations and access routes.

Overall, we’re doing a much better job trying to strike the balance between the pressures on the available land to build places for people to live and the community to expand, while also keeping in mind that we live in a fire-adapted forest and our communities need to be built in the safest manner possible.

Listen to the full conversation with Ed Keith on the Source’s “Bend Don’t Break” podcast at bendsource.com.