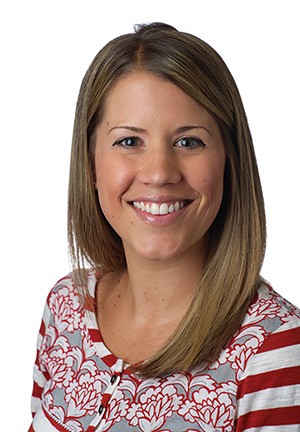 Q: My son has diarrhea quite often and sometimes complains of a stomach ache. Our pediatrician does not seem to be too concerned, but a friend recently suggested that it could be celiac disease. How can we find out?

Jennifer Schroeder, M.D.: Yes, it certainly could be that your son has celiac disease. However, a more common cause of these symptoms is lactose intolerance. Before undergoing blood work, I would recommend a two-week challenge of a strict dairy-free diet followed by gradual re-introduction of dairy. If his symptoms resolve during the challenge and then return when you allow him to eat dairy again, then that is the most likely diagnosis. There is not a reliable lab test to diagnose lactose intolerance in kids. If there are no changes in his symptoms with the dairy-free diet, then it would be perfectly reasonable to test him for celiac disease with a simple blood test. If the blood work is abnormal, then the diagnosis is confirmed with a biopsy via esophagogastroduodenoscopy (a.k.a. EGD).

Q: At soccer practice, my 8-year-old daughter caught an elbow in the face and now has a black eye. How long will it last and should I be concerned that there may be damage to her eye?

JS: A black eye will typically begin to fade within a few days and is often completely resolved at one to two weeks. Symptoms of damage to the eye itself or the bones around the eye include vision changes, persistent tearing or failure of the bruising and swelling to begin resolving within the first few days.

Q: My teenage son missed a lot of days this past school year due to fatigue and just feeling plain sick. We had him tested for mono, but his physician said they were not sure if he had mono, even though he tested positive for the Epstein-Barr virus. What is the relationship of the virus to the illness – I am confused.

JS: Mononucleosis (a.k.a Mono) is caused by two different viruses; Cytomegalovirus and Epstein-Barr virus. While there are a couple of different tests for Mono, the most accurate way to confirm the diagnosis is to test the titers (levels of antibodies against the virus) in the blood. There are certain types of antibodies that indicate a previous infection with CMV or EBV and other types that indicate a current infection. In other words, while we can tell if your son is currently infected with EBV/CMV or if he has been infected with EBV/CMV in the past, we cannot tell you the timeframe of a previous infection.

Q: I have noticed that there is quite a bit of swelling around my baby's belly button. It does not look infected but is protruding. Will this go away with time or is there something abnormal going on?

JS: Based on your description, this is likely an umbilical hernia. This is a very common issue during infancy, estimated to affect up to 20 percent of infants. Most umbilical hernias will close on their own before a child is one year of age. Unless it is a very large umbilical hernia, we do not typically recommend surgical correction until approximately five years old, at which point it is very unlikely to close on its own. The concern, while rare, is that pieces of fat, intestine, etc. from the abdomen can become stuck outside of the body in the hernia. If that happens, there is a risk that the tissue will lose its blood supply and die. This is a surgical emergency. You want to notify your doctor as soon as possible or go to the emergency room if the hernia becomes purple/deep red and/or is not able to be pushed back into the abdomen.


Email us your questions: angela@bendnest.com