"Tully" is a surprising gem 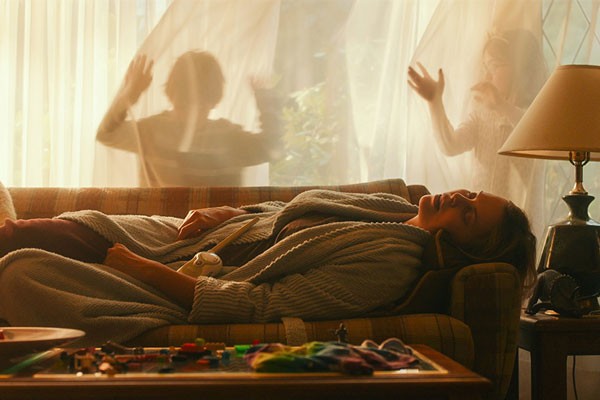 We take Charlize Theron for granted. I mean, sure, she's been nominated for awards and is definitely on the Hollywood A-list, but her versatility should put her among greats including Daniel Day-Lewis, Meryl Streep and Joaquin Phoenix. If the U.S. had a queen, Theron could pencil in some time for crown fittings.

Start by looking at her work in "Monster," in which she played the hideously human serial killer Aileen Wuornos, and in "Mad Max: Fury Road," in which she instantly redefined the role of women in action movies. She reinvents herself once more in "Tully," gaining 50 pounds to play Marlo, a mother of three. She's almost unrecognizable.

Marlo is married to Drew (Ron "Office Space" Livingston), who works ungodly hours to support his family, but tends to check out with his Xbox when he gets home. With a son who's starting to manifest behavioral issues, a daughter struggling with her own self-image and a new baby screaming through all hours of the night, Marlo is exhausted in a primal way only mothers can really understand.

Enter Tully, a night nanny recommended by Marlo's bougie brother, Craig (the always welcome Mark Duplass). To the character of Tully, Mackenzie Davis brings a warmth and effortless ease. She's a hot Mary Poppins combined with a lightly punk Tinkerbell. From 10:30 pm to 6:30 am, Tully doesn't just take care of the newborn, but has life lessons for Marlo as well.

The story could have been a recipe for cheeseball schmaltz, but with a script from Diablo Cody of "Juno" and direction from Jason Reitman of "Young Adult," "Tully" is a much darker and incisive story than anticipated. There are no big moments romanticizing parenthood or lionizing Marlo as a wife and mother. Instead, the film balances big laughs with a melancholy air of dreams deferred.

As great as Cody and Reitman are, Theron and Davis make "Tully" a truly unforgettable film. Theron is widely considered to be one of the most beautiful women in Hollywood, yet her performance here is completely without vanity. With her Rubenesque curves and shapeless clothes, Theron inhabits every square inch of Margot, from her exhausted stare to her bitter tongue.

Davis was excellent in AMC's "Halt and Catch Fire," and in "Blade Runner 2049," but "Tully" should push her into an entirely different realm as an actor. It's a star-making performance in a movie that probably won't get as many viewers as it deserves. She's starring in the upcoming "Terminator" reboot, so hopefully she'll cross over sooner than later.

I have no real criticisms of "Tully," aside from an abrasive third act that at first seems out of place but then becomes the thesis for the entire film. The trailers don't do the movie justice or really let the audience know what they're in for—but you should let this remarkable little movie surprise you as an unexpected delight.