Queens of the COVID Age

Local drag queens have big plans for the future—including a birthday bash, and a new venue located right inside a plant shop

Drag brunch, drag bingo, drag hiking, drag birthdays... drag house plant workshops? Those who haven't yet ventured out lately may not have seen all the sweet (& salty) events that local queens have been busily propagating in Central Oregon. These events are selling out in days, if not hours, and are among the hottest (sometimes literally) shows in town.

We checked in with two of their royal majesties to find out where all this royalty is coming from, and where it's headed.

First up, Deb Auchery, leader of the drag group Cult of Tuck, is about to celebrate her latest circle 'round the sun and is throwing a birthday party to top all birthday parties. Tickets are now on sale for "Deb's Dollhouse" at the Volcanic Theatre Pub Aug. 6 at 9pm. Like most drag performances locally, it's sure to sell out fast.

Alex Simpson is the behind-the-scenes wrangler for Deb Auchery—a serious job that includes about three hours of prep and no time for touch-ups. How she manages to look amazing under those hot lights is a mystery, but if you ask her, she'll share her secret. As much as Deb loves to think the show's only about her, Simpson believes what brings life to local stages is a supportive community: both the performers and the audience. A drag show is about jokes and being over the top, but most importantly, allowing personal vulnerability to shine.

The Deb's Dollhouse show will include a great cast, including Deb's own drag mama, Ruby Delish as cohost, while watching the family grow with the debuts of daughters Chaotica and Sarah Fina.

Simpson said their philosophy is, "Where everyone is not only welcome but celebrated!" I can see she really means it. Deb also makes time in her busy schedule to create more content for Cult of Tuck, establishing new event spaces with Bo's Falafel and Open Space Event Studios, and even some comedy collabs on the way. The group's last show at Volcanic even included American Sign Language interpreters. 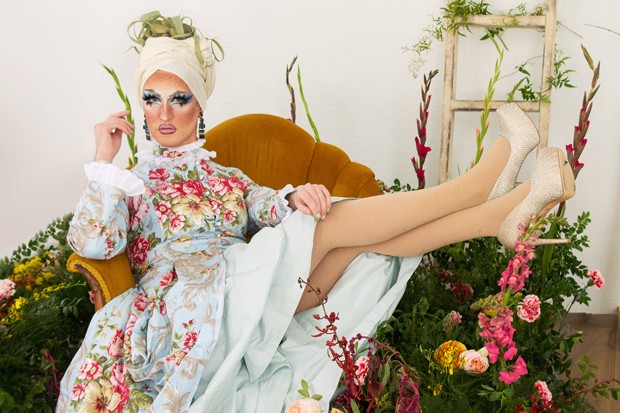 Also planning plenty of fun is resident plant witch, Fertile Liza. Hailing from the botanical shop, Somewhere That's Green, now located on NE Second Street and Greenwood Avenue, Fertile Liza bloomed from the bedroom, and the imagination, of shop owner John Kish. She had a simple dream to virtually teach plant parents how to free their root-bound plant babies, as well as hosting clinics for aspiring green thumbs. Today, she's blossomed into a regular at the shop, hosting Late Night Plant Shopping, and can be spotted partying at 10 Barrel's brunch with the likes of sister D'Auntie Carol, Caressa Banana and Nicole Onoscopi. Rumor has it she even has her very own daughter, Terra Cotta, hitting the town with her.

With a personality as big as a monstera, Fertile Liza will need bigger platforms, and Kish, a self-proclaimed theater kid, is moving in that direction. Kish's vision of having a performance space is just about complete with the fruition of The Greenhouse Cabaret, an intimate space for 75. A theater within a plant shop: a thing dreams are made of. With an anticipated opening of late August/early September, events won't always consist of glam drag shows. Kish said the shop will also be a place to enjoy local theater, comedy, musicals, jazz and even some show tune nights. The Greenhouse aims to become an inclusive gathering site for date nights, plant appreciation, drama and whatever else the minds of John, Fertile Liza, and friends can think of.