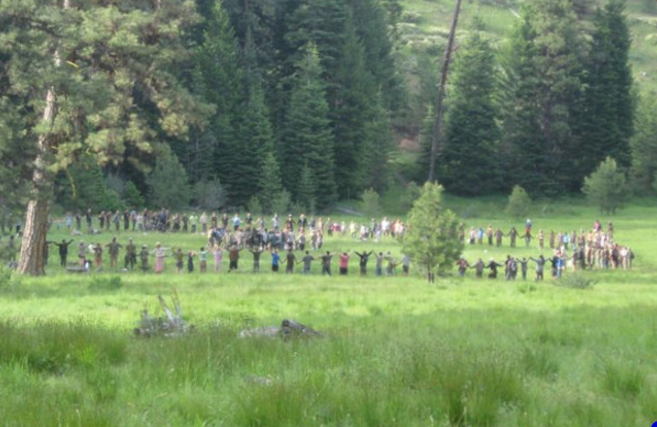 The Rainbow Gathering taking place between July 1-7 in the Malheur National Forest has seen thousands of visitors congregating in the area for the annual counterculture peace gathering. A reported 20,000-30,000 are expected to attend during the week-long festivities.

On Sunday, July 2, an unidentified man collapsed and was taken to a makeshift medical area. Life-saving efforts were undertaken for 15-20 minutes by an emergency room doctor who was attending the festival, according to the Grant County Sheriff's office. The man, identified as George Ernest Rogers III, 43, from Texas, was pronounced dead on the scene. The cause of Roger's death is unknown at this time.

William Pasko, 74, from Maryland, suffered a heart attack and died from natural causes on July 3. A California doctor attempted to revive the man, but was unsuccessful.

The Rainbow Gathering began in 1972 and takes place each year in a different national forest. This year, the gathering is being heavily monitored by country sheriffs and the forest service.