t's a typically rainy fall afternoon at Structures Brewing in Bellingham, Wash., and a native of Vancouver, B.C. is there, berating his city's brewing scene. "It's huge in size," Michael Oughtred says, "but the quality's really hit-and-miss, and I feel like it's just trying to copy what works in Washington and Oregon. That's why I like it here in Bellingham. Everything's better, and everything gets done here first before it crosses the border."

About 50 miles south of Vancouver, Bellingham (pop. 85,146) is similar to Bend in many ways. Both are former lumber towns that sprang up circa 1905, both are popular with outdoorsmen and retirees, and both make it impossible to find a cheap rental. Boundary Bay Brewery downtown was the first brewery to open in 1995, and—like many, many other medium-sized towns nationwide—their numbers ballooned over the past three years.

There are now 12 breweries within the town limits, along with tons of winning beer bars such as The Local Public House and Elizabeth Station. Structures, nestled inside an old print-shop building, was founded by two former Vermont brewers, and their offerings belie that influence. Fuzz, their flagship IPA, is ultra-hazy and packed with citrus flavors, and the rest of the rotating lineup is high on the barrel-aging and blending factor. It's little wonder that their occasional can and bottle releases usually sell out at the taproom that same day.

"The quality's really hit-and-miss, and I feel like it's just trying to copy what works in Washington and Oregon. That's why I like it here in Bellingham. Everything's better, and everything gets done here first before it crosses the border." — Michael Oughtred tweet this

Other worthy joints to check:

Chuckanut Brewery: The Great American Beer Festival (GABF) Small Brewery of the Year in 2011 (the same award Sunriver Brewing just won this year), Chuckanut is the king of good lager in the state of Washington. Whether it's Vienna lager, pilsner or Oktoberfest beer, everything's mega-smooth, and everything goes great with the food on offer. 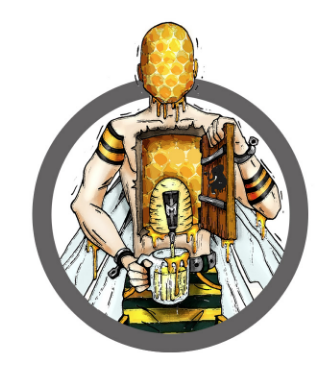 Wander Brewing: Barrels are the focus at this brewery, with nearly 100 of them (including a couple of 600-gallon foeders) inside their dog-friendly warehouse facility. They're aging beer that's won competitions in Colorado and Belgium, and while the IPAs and such are fine, they're the main draw of this place for beer fans. Try out Stave Some for Me, made in collaboration with Stoup Brewing in Seattle; it's a blend of Flanders red ale and saison aged in a mix of red and white wine barrels.

Melvin Brewing: Yet another GABF brewer-of-the-year winner, the Wyoming-based Melvin opened a second brewpub location in Bellingham back in June, with on-site brewing slated to begin before year's end. Any IPA lover deserves to make a pilgrimage here—they've got seven on tap, from the familiar Melvin IPA and 2x4 to Lambda Lambda Lambda, a 13 percent beer that would give Boneyard's Notorious IPA a run for its money.