Ramping Up After School Care

If you're a parent who's not yet aware of the child care crunch in Central Oregon, prepare for a rude awakening. And with changes to school start times ahead for the 2019-2020 school year, that problem has only gotten worse. Two local agencies, however, are ramping up to fill the need. 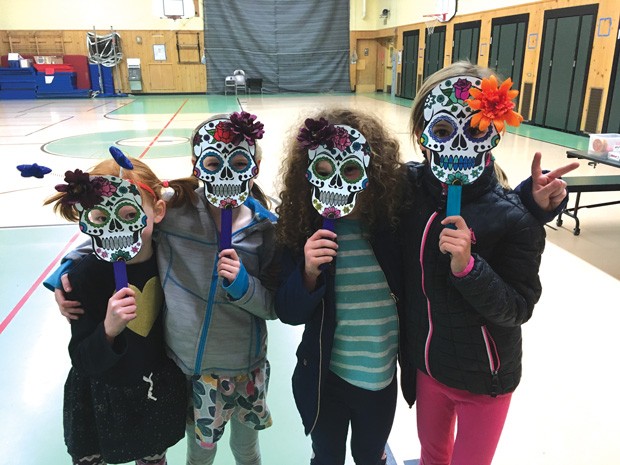 In October, Bend-La Pine Schools announced the district would change school hours for the following year. Elementary school hours now go from 8 am to 2:30 pm, (Wednesdays 8 am to 1 pm), and middle and high school from 8:45 am to 3:45 pm (Wednesdays from 8:45 am to 2 pm.) The change is in response to research that the adolescent brain functions better with later school start times.

At Kids Inc.—one of the few options for after-school care, administered by Bend Park & Recreation District—registration for the coming school year opened May 20 at 5:30 am. By noon, spots were completely full at 12 of the 14 schools offering Kids Inc.'s after school programs. That prompted BPRD to expand its programming, adding more than 30 new positions to KIDS Inc. for the coming school year, including new year-round and school-year-only part-time positions.

Another option is the Boys and Girls Club of Bend, which also expanded its programming and doubled its scholarship dollars to meet the new needs of the community. That scholarship increase means BGCB can offer more scholarships available on an income-based sliding scale.

"We begin our registration on August 1," says BGCB Executive Director Juliana Williams. "We've been getting a lot more phone calls this year than normal. Especially since the day Parks and Rec registration was starting to fill. We're going to be open earlier each day [to accommodate the schedule change] and we do anticipate an overall increase."

BGCB serves hundreds of kids a day in its afterschool program. At the time of this writing, its Junior Club program, which serves kindergarten-age kids, was already full.

The wrap-up of the 2019 session of the Oregon legislature saw several bills that stand to benefit children and families. Among them was a bill that offers paid family and medical leave insurance for workers in Oregon.

With the passage of House Bill 2005, employees will have access to paid leave to care for or bond with a child during the first year following the birth, adoption or foster placement of a child. People can also access the benefit to care for themselves or a family member with a serious health condition, or for those who have experienced domestic violence. The bill goes into effect in the year 2023.

Gov. Kate Brown also signed HB3427, otherwise known as the Student Success Act, on May 16, after massive rallies across the state in early May.  The legislation provides $1 billion per year for Oregon's preK-12 schools, by creating a commercial activities tax on businesses earning more than $1 million in Oregon sales annually.