Read it today: Rise Up Director Teaches Art to Palestinians Amidst Recent Fighting 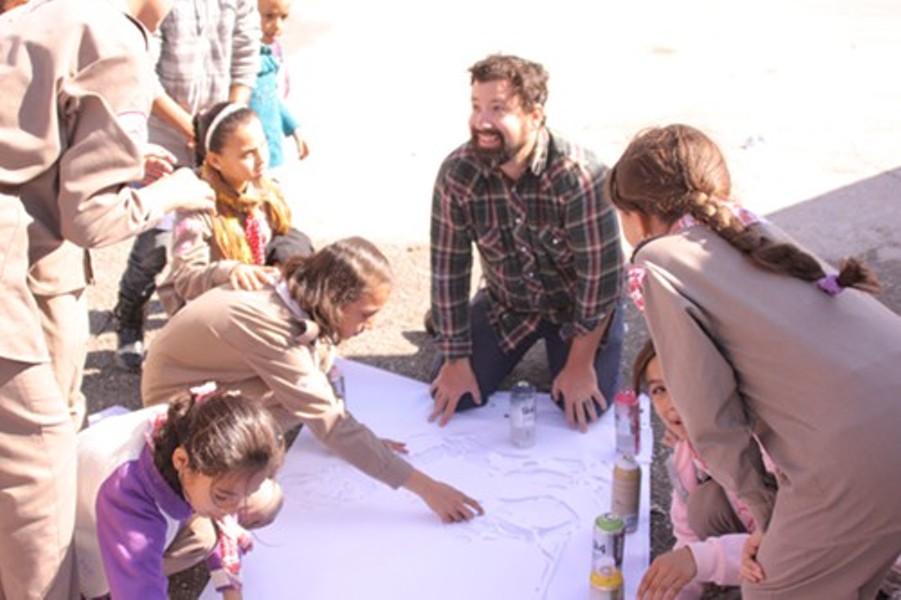 Submitted by Jesse Roberts Rise Up's director, Jesse Roberts, works with Palestinian youth in November, amidst the fighting between Hamas and Israel.

We have to admit, after learning more about about local nonprofit Rise Up International and its director, Jesse Roberts, for our piece in today's issue called "To the Streets of Palestine" we're kind of believers in the work this organization is doing. 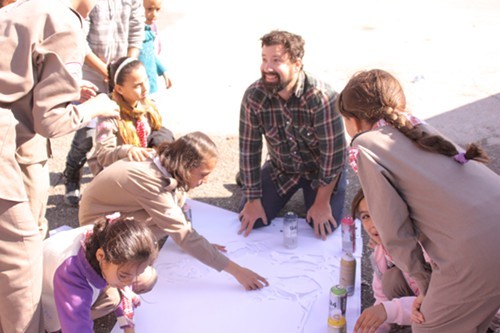 You've probably come across Rise Up through the Roots festival, which they produce, or through their merchandise, which you would probably recognize if you saw.

But all that is just how the organization raises cash. It's what they do with that money that's really interesting—providing scholarships for kids to go to secondary school in Nicaraqua, keeping schools open in India for really poor kids there, and, now, teaching street art to Palestinian youth.