I was dismayed at how off-base you were when I read your response to a woman wanting to give her female friend advice to stop her from dating and hooking up so much after her breakup. It's common knowledge that it's men who go off on women for being promiscuous and tell them to not dress sexy. It's one more form of patriarchal control. Why blame women for this? 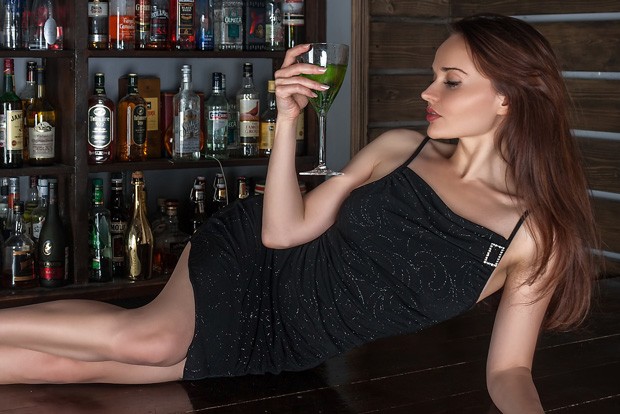 When men at construction sites catcall women, it generally isn't with remarks like, "If you had more self-respect, you'd wear a nice, classy long skirt."

There is a widely held belief that it's mainly men who try to curtail women's sexual expression — particularly that of single women — raging at them for engaging in hookup-athons or wearing skirts the size of an airmail stamp. There are men who do this, especially in repressive cultures, and even in our own.

But if you give this notion some thought, with an eye to our evolved psychology, it really doesn't make sense. Men and women evolved to have different mating strategies based on their physical differences, like how women can get pregnant from sex and left with a howling child to feed and care for. This probably worked out better — meaning an ancestral woman was more likely to leave surviving descendants to pass on her genes — if she didn't end up a single mom digging for grubs on the African savanna.

There's a good deal of evidence that female emotions evolved to push women to seek commitment and feel bad when it doesn't seem to be there, even when they hook up with a guy they know they want nothing more to do with. Though many men want (or eventually want) long-term relationships, a man can choose to dad up for a baby that results from sex...or choose to be all "'bye forever!" and still have a good shot at passing on his genes. (Thanks, single lady grub-digging on the savanna!)

This means that casual sex is a mating strategy that tends to be optimal for men in a way it isn't for women. Or, as evolutionary psychologist David Schmitt puts it, "Men tend to desire easy sexual access" to "large numbers of sex partners"; in other words, they tend to be up for casual sex with a slew of hot women (or a slew of women with a pulse).

Getting back to your notion that it's men who tamp down women's sexual expressiveness, sure, if a man's married to a woman, he might ask her to close up a few buttons on her blouse before they go to some pervy neighbor's party. But say the woman in the cleavage-a-boo blouse is not the man's wife. Even if the man is married and faithful, his mind — his evolved psychology — probably leads him to read her as a potential sex partner and consciously or subconsciously store her in memory as a "backup mate," a sort of sexual fold-up pocket umbrella (just in case!).

In other words, when a man isn't in a relationship with a particular woman, why would it possibly be in his self-interest to pressure her to dress a little more, um, Amish casual, and to keep her legs crossed until she's Mrs. Somebody?

Research supports this view. Social psychologists Roy Baumeister and Jean Twenge reviewed research on the "cultural" (meaning "societal") suppression of female sexuality, which they define as "a pattern of cultural influence by which girls and women are induced to avoid feeling sexual desire and to refrain from sexual behavior."

They report that "the view that men suppress female sexuality" (like, for example, by punishing women who make sex too available to men) "received hardly any support and is flatly contradicted by some findings. Instead, the evidence favors the view that women have worked to stifle each other's sexuality because sex is a limited resource that women use to negotiate with men, and scarcity gives women an advantage." (Women doing this are typically unaware of this underlying motive.)

Especially recently, people get outraged when scientific findings don't conform with the ideology they hold dear. This is unfortunate because only by finding out the sometimes counterintuitive, counterproductive, and surprising ways we actually think and behave can we choose to act more productively.

Personally, knowing how pernicious, sneaky, and underhanded female intrasexual competition (women competing with other women) can be makes me careful to be assertive in healthy ways and, in social situations, make sure other women feel included and not left out. And really, if you look logically at who benefits from getting hot women to de-hotify, well, lemme know when you find a strip club with dozens of men clamoring for the women there to cover up their enormous breasts and, for God's sake, put on a pair of pants.