Enjoying the dumpster fire at Redbox

I love bad movies—ones that are so bad it makes you want to re-examine your life choices and call someone who loves you; movies so incompetent that it's hard not to have a smile on your face for the entire running time as you imagine the director deciding to take up a new career in reflexology or needlepoint...anything but filmmaking.

Don't get me wrong: brilliant, transgressive and game-changing movies are where it's at, but sometimes sweet hot trash can soothe the soul. With that said, here are some really weird garbage movies available at your nearest Redbox right now. You can either take this article as a warning of movies to avoid or ones you need to go get right now, depending on how much you like the worst things. 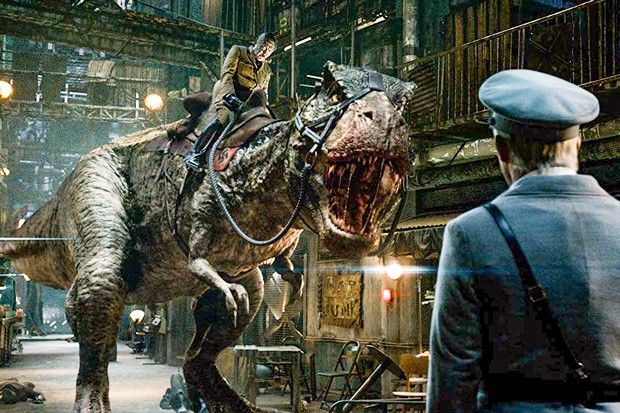 Iron Sky: The Coming Race: The last vestiges of humanity fight moon Nazis across 90 minutes of pure blissful trash fire. Dinosaurs get kicked in the face, a cult forms around the teachings of Steve Jobs, and a badass space pilot must navigate the insides of the hollow Earth while fighting lizard people and searching for the Holy Grail. Yes, this movie is everything.

Mayday: Imagine a movie so poorly directed, acted, lit and written that you never once feel like enjoying yourself. During a flight from Los Angeles to London, people start disappearing one at a time. Only a sleepy looking Air Marshal can somehow stumble across what's going on and perhaps save a few people. Sometimes a horror movie, kind of a mystery, mostly a comedy and always a wet fart, "Mayday" is maybe the worst movie ever put out by Da Box.

Attrition: Steven Seagal is the human embodiment of a pizza roll. As much as you think you like them, they're never quite as good as you remember. His movies are terrible, he's a horrible human being and he's so out of shape now that he has stunt men doing the martial arts moves that made him famous. But I really can't recommend anything more HIGHLY than getting so stoned you forget your self-loathing watching Seagal struggle to stay awake while giving speeches about the erosion of traditional values.

Between Two Worlds: Go with me on this. Nicolas Cage IS a truck driver who saves a woman from killing herself in a bathroom. She gets mad at him because she was trying to contact her daughter in the spirit realm, which Cage instantly believes. They team up to find the souls of their dead loved ones... and, THIS MOVIE EXISTS! So much Cage, so little time.