Redlining: The U.S. Heritage of Inequality in Homeownership

Fifty-two years ago, President Johnson signed the Civil Rights Act of 1968. The Act prohibited the discrimination on the sale, rental and financing of housing based on race, color, sex or national origin. Title VIII of this Act is known as the Federal Fair Housing Act, later amended in 1988 to include the prohibition of discrimination based on disability and familial status. One of the practices that this Act banned was redlining. 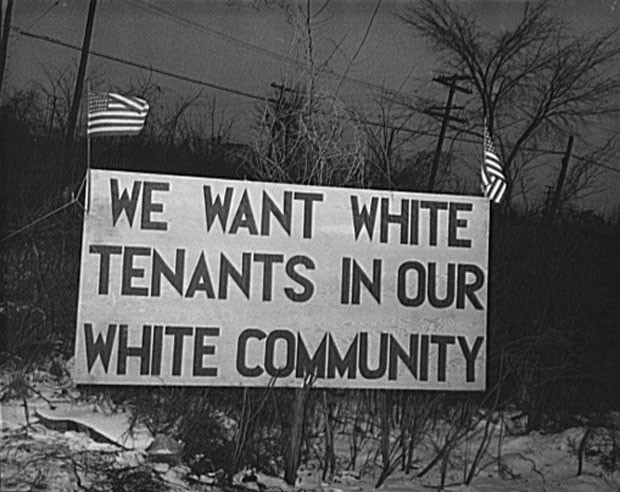 Redlining, as it applies to real estate, is the discriminatory practice by which a lender or bank refuses to lend—or places loan limits—within certain geographic areas. Redlining was once a federal government practice. In the 1930s, federal surveyors would analyze neighborhoods in hundreds of cities across the United States, and "color code" them based on perceived desirability and the creditworthiness of inhabitants. Green-lined areas were considered to be the "best." Blue was "desirable," yet not the best neighborhood. Yellow, "definitely declining" and red "hazardous."

Redlined neighborhoods were predominately comprised of minority populations; specifically, Blacks, Jews and other immigrant populations. Lenders and banks would then utilize these neighborhood surveys to deem credit worthiness and property values. Redlined areas and the populations that resided in the government-designated sectors were deemed to be "high credit risks," if credit worthy at all, in large part because of racial and ethnic demographics. Being a minority living in a "hazardous" neighborhood made it nearly impossible to get a mortgage to purchase a home in any area, let alone in a relined neighborhood prior to the Fair Housing Act of 1968.

This 1930s-era policy essentially prevented Black and other American minorities from home ownership. What's more, this practice had a long-lasting legacy and effect on real estate values, and exacerbated the wealth/homeownership gaps between white Americans and minority American populations and available amenities, school systems, etc. within the formerly redlined areas around the country.

In Oregon, redlining was practiced in Portland, where, according to historical maps provided by Mapping Inequality, a project established by four universities in Virginia and Maryland, numerous parts of inner-city and north and northeast Portland were in the red zone. The project does not list other cities in Central Oregon as having established redlining maps.

The effects of redlining are still very much a reality in 2020. As an example, Black Americans are five times more likely to own a home in a formerly redlined neighborhood. National homeownership rates are 30% lower for Black families compared to white families in modern-day America. A homeowner in an area that was once a redlined neighborhood has gained 52% less in personal wealth generated by real estate investment, when compared to that of greenlined areas over the last four decades.

As we have witnessed in the decades since the Civil Rights Act was passed, the negative effects of our country's racially biased roots and history still remain. Real estate and lending have not been exempted from the discriminatory history of our country. As we continue to create change and true equality among Americans, we must visit the dark realities of American history and identify the inequities in every corner of our country, in order to create collective and lasting change.