Let's be double-extra clear here: Running a marijuana dispensary is still illegal in the City of Redmond—but in the event that the federal government changes its policy around that, the Hub City may be ready.

On April 6, the Redmond City Council was scheduled to meet in a special meeting to go over the newly drafted city code covering marijuana businesses. When Oregon made marijuana legal in the state back in 2015, voters in Redmond "opted out" of allowing recreational marijuana businesses to operate within the city limits. People can still grow pot at their own homes and consume the stuff on private property—but they have to go to places like Bend or Madras, both which "opted in," to buy it. 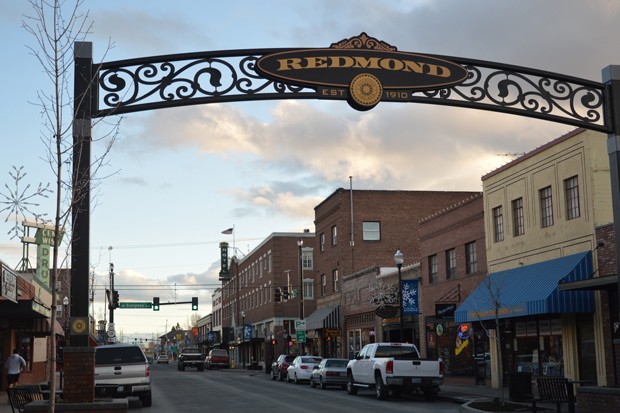 While discussions have come up at recent meetings of the Redmond City Council about the prospect of revisiting the opt-out, so far, that has yet to materialize. But with more discussion happening at the federal level about relaxing the listing of marijuana as a Schedule 1 drug—which currently puts it on par with heroin and cocaine as it pertains to the Controlled Substances Act—Redmond leaders wanted to be ready. Senate Majority Leader Chuck Schumer (D-NY) is working now on a new federal marijuana reform legislation package, along with Oregon's Sen. Ron Wyden (D-OR) and Sen. Cory Booker (D-NJ). This week, Schumer told reporters he would move forward on marijuana legalization, "with or without" the support of President Joe Biden, who's said he's "studying the issue."

Should marijuana be removed from the Schedule 1 list, Redmond drafted Time, Place Manner Regulations for marijuana businesses that include retail, production, laboratories, processing and wholesale businesses.

While still in draft form, as of April 1, the regulations are similar to those adopted in other cities. The draft rules would ban marijuana businesses from running mobile businesses or home-based businesses. Marijuana businesses would be barred from operating within 250 feet of a school or other public facility, as well as licensed child care and day care facilities. The draft rules also include some rules around air filtration and ventilation that lean toward the subjective, stating "the standard for judging 'objectionable odors' shall be that an average, reasonable person with ordinary sensibilities after taking into consideration the character of the neighborhood in which the odor is made and the odor is detected."

In written comments presented at the City Council meeting on March 23, Councilor Clifford Evelyn wrote, "I am an advocate for dispensaries in Redmond. When this topic is mentioned, it immediately turns into a full-blown debate with the opposition making it clear they have no intentions of really having a meaningful discussion on the topic. This is in spite of the fact many of the citizens in Redmond want it."

The two-page working draft document is available to view on the City of Redmond's website. The Redmond City Council was scheduled to discuss the rules Tuesday, just before press time.

Related Listen: A New Vision for Redmond with City Councilor Clifford Evelyn 🎧: Born and raised in New York City, Evelyn has lived and worked in predominantly white communities in the Pacific Northwest for most of his life. He’s not afraid to challenge small town paradigms.

Listen: A New Vision for Redmond with City Councilor Clifford Evelyn 🎧
Born and raised in New York City, Evelyn has lived and worked in predominantly white communities in the Pacific Northwest for most of his life. He’s not afraid to challenge small town paradigms.
By Laurel Brauns and Aaron Switzer
Local News