With the help of arts organizations, artists and entrepreneurs, artists have many opportunities to find and create community in Redmond

Full Disclosure: I moved to Redmond from Bend one year ago. I love Bend. I grew up there. My parents live there. I own a business there, an arts related business, The Workhouse, and I am involved in the community—but I just couldn't afford to live there anymore. I never imagined moving to Redmond, but now that I have, I love it, too. 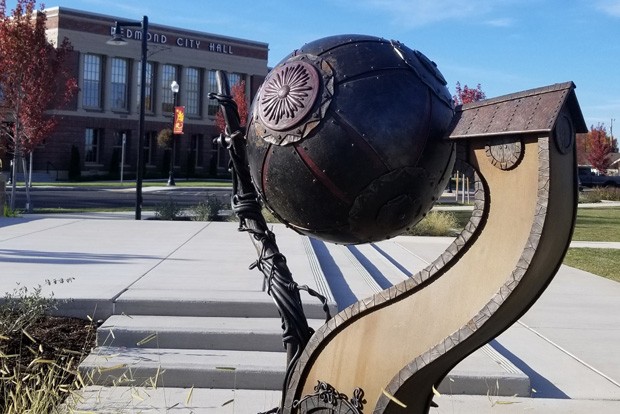 Redmond is a lovely town. In ways it reminds me of the Bend of 25 years ago. In pace, it's mellow, the vibe is quaint and family oriented, and, at least for now, housing is still affordable. More than that though, Redmond has its own personality and its own character, and I enjoy getting to know it and its people. The people I've encountered in Redmond have vision. They're curious, organized and welcoming and... they love art.

This quality is exemplified in many ways, such as the recent Centennial Park expansion and extensive Public Art program through the Redmond Council for Art in Public Places. Since its inception, RCAPP has contributed more than 30 pieces of permanent art to the city's public spaces and runs Art Around the Clock, a rotating public art gallery currently exhibiting 15 more. That's 45 public art installations, all in the name of "enhancing the beauty and livability of the Redmond Community." Other organizations have been supporting this vision for quite some time, including the Redmond Community Concert Association, which kicks off its 2019-20 series on Oct. 20 with the Dallas String Quartet, and Music on the Green, a very cool free summer concert series

In many ways though, the art scene feels new. For example, shops in downtown Redmond only recently started their own First Friday, which will run from June through December each year. Over the summer, a new art supply and musical instrument store, ART & Music, opened. Another art supply store may be opening downtown soon.

The Dry Canyon Arts Association, a 501c3, was founded this year with the vision of "creating a self-supporting Community Arts and Cultural Center for Redmond and its surrounding counties." There are whispers of other groups starting art collectives, shared studio spaces and co-ops. It's an exciting time to be in Redmond. Because it's in its infancy—or perhaps experiencing a renaissance—the Redmond art community is in a state of openness and expectancy. It feels as though anyone is welcome and anything is possible for the arts. Artists and art enthusiasts are looking to cultivate a vibrant and supportive community, and it shows.

The Dry Canyon Arts Association has been welcoming artists in and helping them share their work. At its October monthly meeting, a group of over 25 attendees ranging in age from 11 to 80 assembled in the back room of Art & Music. Taking care of business first, the board declared its funds, (they need more, become a sponsor!) planned a December pop-up at General Duffy's Waterhole, discussed a fortuitous relationship with the Redmond Public Library which will allow them to help curate and hang exhibits there, and hosted a demo from local artist, Erica Turpijn. 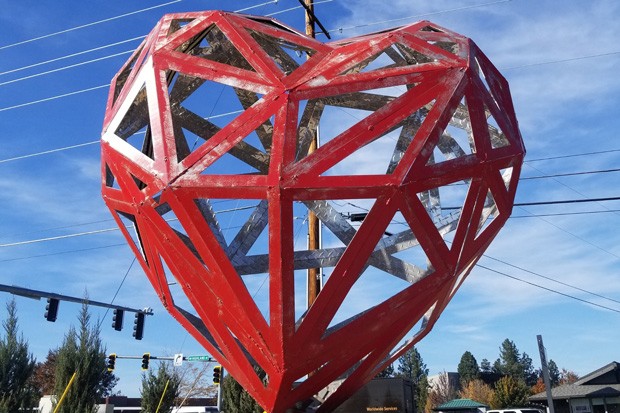 The DCAA is also exhibiting local art at The Vault, Kobold Brewing's tap house. Not bad for a group that only officially organized a few months ago. Joining or donating to DCAA is a great way to get acquainted and get involved. Better yet, attend one of their monthly meetings, or volunteer and become a member of the community.

Editor's note: This story has been edited from its original version to update the title of the sculpture seen at the top of this story. It is "522 Harold Lane" by Kellen Bateham, not "Timely Thoughts" by Ken Turner. We regret the error.