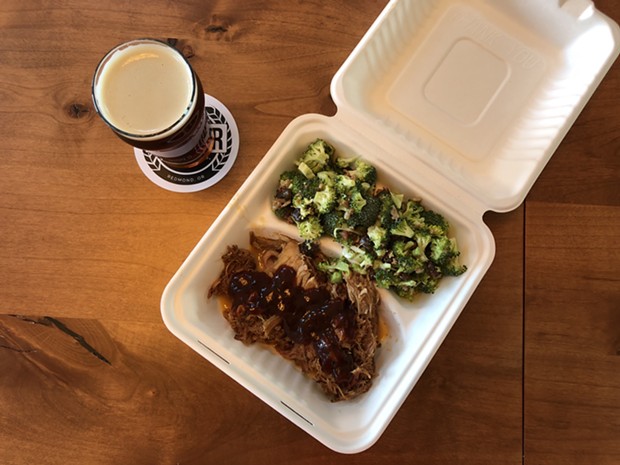 Hidden in an industrial complex off Highway 97 in Redmond is a cluster of brand-new tasting rooms. Porter Brewing Co. is the only all-cask brewery in Central Oregon; Dry Fields Cider is the only cidery in Redmond; and Gompers Distillery will be Redmond's first distillery. The Bad Boys Barbecue food truck gives visitors a way to soak up all that liquid libation. 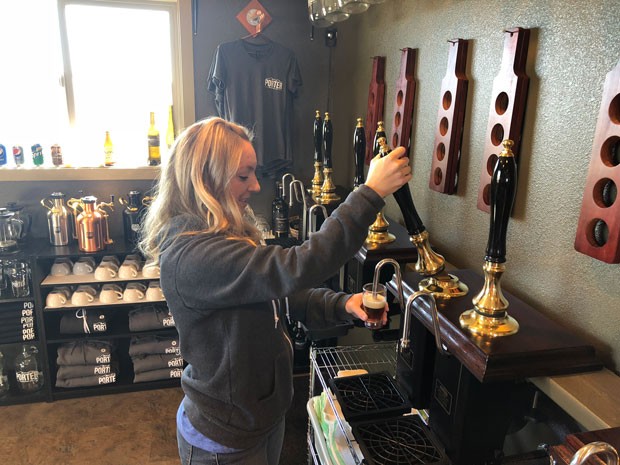 Before opening Porter Brewing Co., owner and head brewer, Deven Roberts, home brewed for 10 years. He became a fan of cask ale, popular in the United Kingdom. Since his family has British roots, an all-cask brewery seemed right. Cask ale is unfiltered and unpasteurized beer conditioned and served from the cask without additional nitrogen or carbon dioxide. Wife Avara Roberts said, "Cask ale is smoother with less carbonation—you won't feel as full. Nitro was created to simulate cask ale."


You can't serve cask beer using standard draft beer towers, since the ale is pumped from the cask, so most places don't have the equipment to serve them. As such, Porter's ales are only available in the tap room. It's also served at a slightly higher temperature because, as Avara Roberts says, "If it's served too cold you lose some of the flavor."

While doing humanitarian aid in South Africa, Redmond native Stephen Fields fell in love with Savanna Dry cider. Upon returning home, "dry cider was unheard of," said Fields. "I tried to find a dry cider but couldn't." He tried making it and discovered he loved science, fermentation and yeast. Dry Fields Cider is made with real fruit and no added sugar. The apples come from Hood River, with other fruit from Salem. The tasting room has five house ciders and 11 guest ciders on tap. When I visited they had an experimental banana cider on tap—a first for me—and guess what? It wasn't weird. Dry Fields Cider is only available in the tasting room, but you can get 16-ounce cans to go. 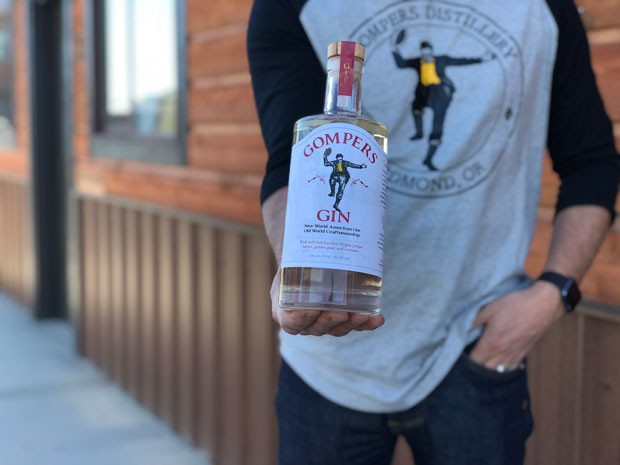 Jackpine Court will one day house three tasting rooms, but the third, Gompers Distillery, isn't open just yet. With support from a crowdfunding campaign, owners Michael and Jessica Hart hope to open the Prohibition-themed space by the end of the year. In true Prohibition style, the space will have a secret room, where its Indiegogo campaign backers will get to try spirit tastings and mini cocktails in privacy. Other perks for backers include first access to the founder's club, barrel club and the opportunity to be a distiller for a day. Jessica Hart said, "The distillery is named after my Oma and Opa, both Holocaust survivors from Holland. They are the most welcoming, fun, outgoing people, and that's what we want to embody here."


Gompers Gin, with notes of lavender and golden pear, is already available in liquor stores and restaurants throughout Oregon.

Hungry visitors to Jackpine Court can fill up at the Bad Boys Barbecue food truck, located outside. "Bad to the bone" is how owners Cindy and Gary Dale describe the barbecue. When I visited they had beef brisket, pulled pork, pulled chicken and tri-tip served with curly fries, broccoli salad, cole slaw and macaroni salad as sides. With eight different barbecue sauces, you choose how much sweet and heat to add. The favorite part of my meal was the broccoli salad. The broccoli and sunflower seeds were crunchy, and the dressing and raisins added the perfect amount of sweet.

The complex of tasting rooms is sure to become a hot Redmond destination. When the weather is nice, visitors can bring a pint to the grassy outdoor area and play games.