Redmond: The Heart of Central Oregon

The rising star of housing affordability 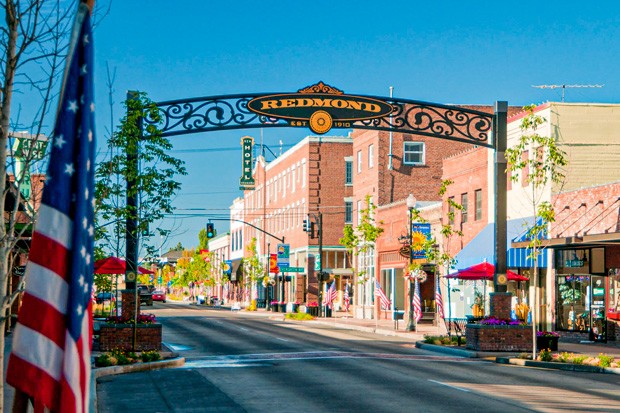 Redmond offers an abundance of opportunity for those looking to step into the real estate market. According to the Beacon report, published monthly by the Beacon Appraisal Group, the median home price in Redmond for the month of September 2019 is $325,000—far more affordable than the neighboring county communities of Bend, Sisters and Sunriver. Essentially, one's purchasing power grows on average by approximately $100,000. An example of this would be the Wagner floorplan by Pahlisch Homes. This floorplan for a brand-new construction home can be found in The Bridges community in Bend and also The Triple Ridge community in Redmond. The same floorplan and amenities sells at an average price differential of $110,000 between the two cities. Hence, why the City of Redmond's real estate market has opened the door for affordability.

Another example of why Redmond is a shining light for those who are trying to purchase their first home, is lending options. The city of Redmond and surrounding areas, while they may not look or seem rural, are considered by the United State Department of Agriculture to be rural, and as such qualify for the USDA home loan. This program is designed to assist low to moderate income households the opportunity to purchase and own a home. The affordability of the Redmond market allows for those who may have only dreamt of owning a home in Central Oregon a distinct reality.

From an investment viewpoint, Redmond is creating quite a buzz amongst the real estate investment community. According to Jeannette Lockwood, general manager of PLUS Property Management LLC, the Redmond rental market has experienced quite a bit of growth in the last two years. Lockwood states that she has seen a stabilization in the rental rates in the City of Bend, while monthly rent rates have increased on average $175 per month in Redmond. What this means for an investor is the opportunity for a greater capitalization rate on their investment, with the higher monthly rent rates and lower property price.

The City of Redmond has done well with its development code and long-range planning. The city has thoughtfully planned growth and managed the state-mandated Urban Growth Boundary in such a way that there is not a scarcity of land to develop and the infrastructure in place for future development, thus, giving the ability to continue to create and develop affordable housing options for Central Oregonians.

In addition to the wonderful housing opportunities, if you are looking for a close-knit small town feel, Redmond is just the place to provide that in Central Oregon.