By a split margin, the Redmond City Council this week chose not to consider a resolution that condemned symbols of hate in public parades. The issue came up after a Confederate flag was flown in the Redmond Chamber of Commerce's Fourth of July Parade.

Councilor Ed Fitch proposed a resolution, which condemned symbols of hate like Nazi and Confederate flags, to be considered at the next month's council meeting. One Redmond resident spoke against the resolution during the public comment section of the meeting on Aug. 10, arguing that the float did not portray the flag positively, and that it illustrated the United States overcame the Confederate forces to maintain what was, at the time, a divided nation. 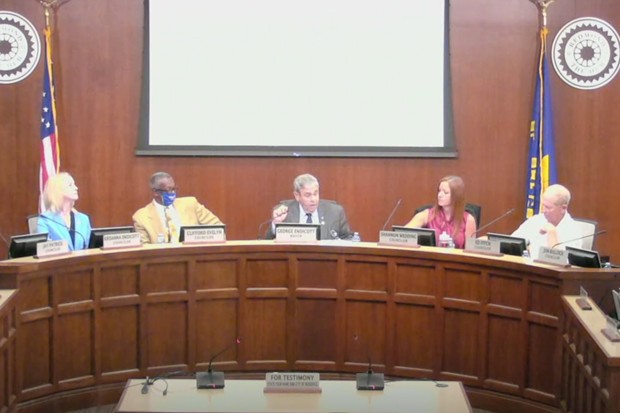 Two other people sent letters that were supportive of the three councilors who pushed for the resolution.

"I believe that it is important for the Council to come out with a strong statement of condemnation, as Martin Luther King Jr. said, 'The ultimate tragedy is not the oppression and cruelty by the bad people but the silence over that by the good people,'" Colleen Shearer wrote to the council.

Fitch said his reason for promoting the resolution was not to criminalize flying the flag or to condemn the float, but to avoid honoring racist symbols.

"The Confederate flag is to be remembered but not honored, and that's the distinction," Fitch said. "When we have our community parade we do that to honor, to honor our nation, to honor our community and to honor ourselves. That's what it's all about and when you put flags like that in a parade the symbol is to honor that flag."

Redmond Mayor George Endicott said his opposition to the resolution was solidified after speaking with veterans on the topic.

"I made up my mind after attending a function at the Veterans of Foreign Wars post on Saturday evening," Endicott said. "Every person who approached me reminded me that we fought in combat to protect our freedoms; this included the right to protest, to take stances contrary to others and to speak in ways that are unpopular. Every person felt the right to free speech overrides any feelings of emotional turmoil."

Councilor Krisanna Clark-Endicott said her role in the City Council isn't to dictate public thought or have any jurisdiction over the parade.

The vote to add the resolution to the next agenda failed by a margin of four to three, with Councilors Clifford Evelyn and Jon Bullock joining Fitch in supporting the resolution.