A statewide program that converts old motels into shelters for people without homes was a novel idea for many Oregonians when it debuted during the pandemic—but Bethlehem Inn has been in that business for quite some time. The nonprofit turned a motel on the old Highway 97 in Bend into a shelter in 2007, bringing a much-needed respite from the elements for unhoused people in Central Oregon. Now, through funds from the state's Project Turnkey, it's doing it again—this time in Redmond, where there are currently no permanent shelter beds.

Shepherd's House and participating churches have operated a winter warming shelter in Redmond in years past, but it's historically moved around to various churches and has only been open on the coldest nights. While Shepherd's House continues to work through the details of opening a permanent 30+ bed shelter in a former church, Bethlehem Inn is hard at work in converting the former Greenway Motel in downtown Redmond into a shelter with 14 rooms for up to 88 people. Bethlehem Inn received a $2.7 million grant from Project Turnkey, one of 12 projects slated to be funded in the state.

"Because it's its [Redmond's] first shelter, it's going to have a life of its own," said Gwenn Wysling, executive director of Bethlehem Inn. "We have the same rules, the same guidelines—we've learned so much over the years. I think the biggest difference really is that we won't have families at this time."

What was recently a functioning 1950s-era motel operated by a local family has required plenty of overhauling to turn it into a shelter, Wysling said. Firewall boards needed to be added between each room. Several ground-floor rooms needed to be converted to be Americans with Disabilities Act-compliant. Other rooms were opened up to become the community room, and eventually, a commercial kitchen. What Wysling jokingly calls "the pool" on the roof is not really a swimming pool; it's an accumulation of water that signals the old motel is going to need a new roof. To be able to allow families at the Redmond shelter, Bethlehem Inn will need to make room for a second dining facility, if possible. 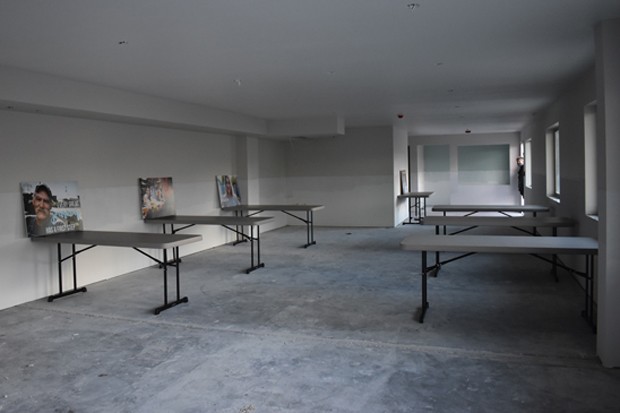 Project Turnkey funds got things rolling, but other partners have been integral in keeping the project moving, Wysling said.

"Thankfully, the county came through, the city has helped us out with some grant funding, so the partnerships are there. It takes a community that's willing to support that," Wysling said. "It's one thing to just buy it and have it. It's another thing to run it."

Initially slated to open in August, Wysling and her team now hope to open the Redmond location in the next several weeks—ideally by Thanksgiving—starting with the rooms and later the commercial kitchen space.