The "Hub City" is taking advantage of urban renewal to liven up downtown, and other districts as well

According to Redmond mayor George Endicott, the changes happening right now in his city are nothing short of a renaissance—thanks in large part to Urban Renewal funds. 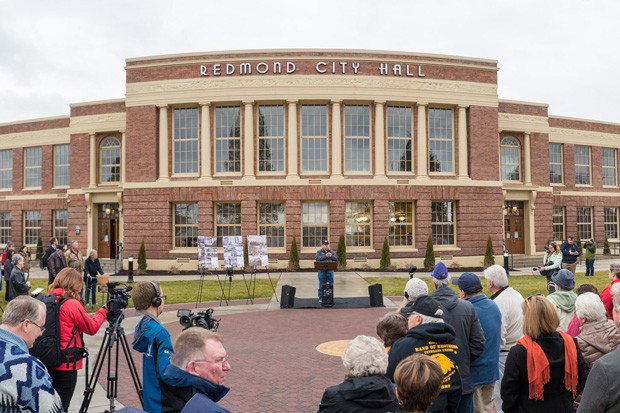 Let this fact sink in for a moment: Redmond's population has doubled since 2000.

Now at about 30,000 residents, Redmond's yearly growth rate has been about 6.7%; Bend's 3.2%. Portland State University's Population Research Center is estimating that by 2035, the population in Redmond will reach 40,000.

"Based on our history I imagine we'll reach that number earlier," said Chuck Arnold, Economic Development/Urban Renewal Program Manager for the City of Redmond.

In terms of commerce, it's pretty obvious why the City has marketed itself as the "hub" of Central Oregon. The region's commercial airport is centrally located there, and the community lies at the crossroads of US Highway 97 and OR-126. Redmond is a hub for fishing, hiking, camping, rock climbing, whitewater rafting, skiing and golf.

Demographically, Redmond is mostly young families and retiring baby boomers. And, like all areas of Central Oregon, housing prices have been rapidly increasing—viewed as a lower-cost, yet close-by, alternative to Bend. According to Zillow's Aug. 31 data, the median home value in Bend was $438,800. Redmond's was $306,000.

A host of factors attract residents and tourists to cities. An easily accessed and vibrant downtown core is a big one.

Prior to 2008, you couldn't have a conversation on the sidewalks of 5th or 6th streets in downtown Redmond. And sip coffee or beer at a sidewalk cafe? Fuggedaboutit; those were the main arteries for truck traffic on Highway 97.

Urban Renewal to the Rescue

City leaders knew, well before the Great Recession in 2008, that "renewal" of the downtown core had to start with relocation of Highway 97.

In 2003, Redmond's mayor at the time, Alan Unger, knew things had to change.

"There are more and more cars and trucks every year. It used to be 25,000 a day, and with the new trucks it is going to be killing our downtown even more. The sooner we get the reroute done, the sooner we can breathe new life into it," he said in a 2003 article in The Bulletin.

The City of Redmond contributed about $13 million in urban renewal dollars to the total project cost of about $90 million, in partnership with the Oregon Department of Transportation.

"Before the highway was relocated people said that it would kill downtown businesses. Right before the highway bypass was put in, 7,000 cars were going through downtown every day. Several years later, after the bypass was completed and 40,000 cars per day are using the bypass, 7,000 cars are going through downtown—and they're aren't trucks; they are local people frequenting the businesses on 5th and 6th Streets," said Arnold.

A history of urban renewal

In 1957, the Oregon Legislature enacted a law allowing each city to create an urban renewal agency with the purpose of eliminating "blight." Redmond created one in 1989, following up in 1995 by creating its Downtown Urban Renewal District. With vacant buildings and empty lots throughout downtown, the goal was to make Redmond's core more "functional and appealing."

"In both the midtown and downtown areas, we had property values that were not rising as fast as the western portion of the city. That's how you define the need for urban renewal," said Arnold. 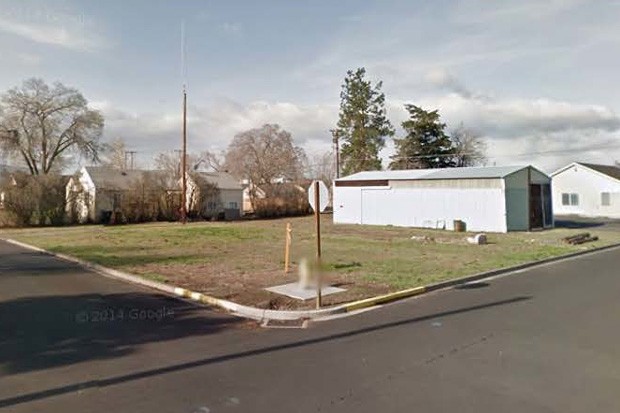 The goal of urban renewal programs is to determine what type of incentives can be provided that will eliminate blight. "We knew that if we did nothing, property values would continue to decline," Arnold said.

Redmond's Urban Renewal District stretches roughly from Maple Way/Negus Way in the north to Obsidian Avenue to the south. 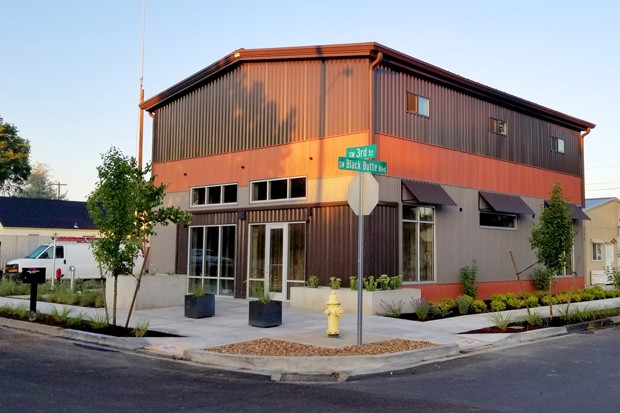 Three "districts" comprise the entire zone: The business/medical district to the north, the midtown district and the downtown core.

To garner funds, urban renewal districts look at the tax values of properties, and, as they rise over time, invest the increase in the Urban Renewal District. Urban renewal programs are really just leverage tools; they also require private partners to make investments.

Working together to solve community needs

Going back to the late 1990s, Redmond's urban renewal planning process has been very community-based. Citizen committees worked together to help invigorate the downtown core with a goal of adding fun, family-oriented venues.

"We consistently have a city that says to us that, 'We love Redmond—please do what you can to make it better and family friendly so we can do things in our community without leaving Redmond,'" Arnold said.

By 2010 the urban renewal plan was revised and updated. Subcommittees of residents presented development ideas to the Downtown Urban Renewal Advisory Council, which then evaluated the ideas and funding before presenting them to the Redmond City Council.

“One of the biggest projects in the (Urban Renewal) plan, one we’ve been waiting to get done for over a decade, is the New Redmond Hotel. We knew that, if we can get feet on the street, people staying downtown, heads in beds, room tax paid, associated jobs — it would be $3.1 million of economic impact in year one alone.”—Chuck Arnold tweet this

Recognizing the workforce housing crisis throughout Central Oregon, and that the private sector was not filling the void, the City purchased a 1.97-acre parcel at 5th Street and Greenwood Avenue a few years ago, with a goal of developing the midtown area into "higher and better use."

Last November, the City Council approved a $450,000 Community Development Block Grant for Housing Works, the region's largest provider of affordable housing. The parcel will be developed into 48 residential apartments, providing 44 two-bedroom and 4 three-bedroom units for households earning at or below 80% area median income.

"This project is consistent with the goals of the midtown area plan because it will provide housing affordable to families who are working retail/restaurant and lower-end service jobs which are prevalent in downtown and the medical district. It will provide feet on the street that will help support those same retail businesses with an increased customer base," said David Brandt, Housing Works' executive director. Housing Works hopes to begin construction in 2020.

A focus on open spaces 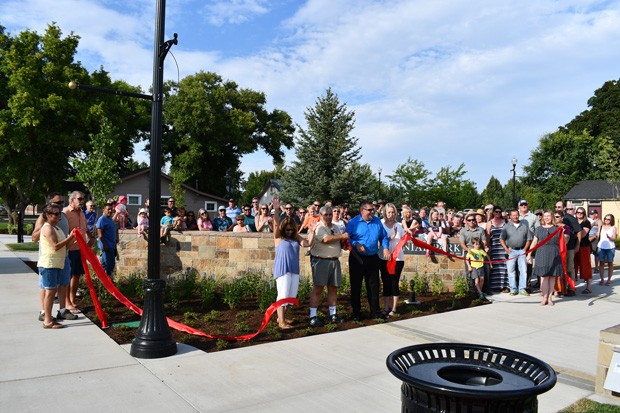 People in Redmond have also consistently indicated that preserving open spaces is important. Centennial Park, located at the intersection of SW 7th Street and Evergreen Avenue, was first envisioned in 2010. Now enormously popular, the spray park bustles with young families enjoying the water feature in the summer and the adjacent ice-skating rink in winter.

Centennial Park doubled in size in 2019 and now connects City Hall with downtown. All of these projects were aided with urban renewal dollars. 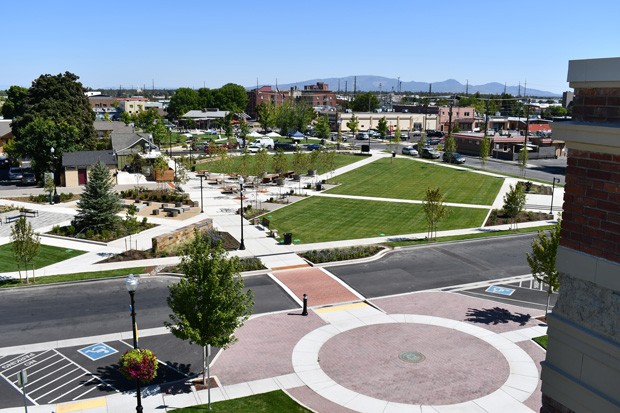 "People are gathering there year-round. It makes a connection between downtown commerce and the civic of City Hall," said Arnold.

City leaders knew that renovations to the aging Redmond Hotel could be a catalytic stimulus to downtown.

"One of the biggest projects in the (Urban Renewal) plan, one we've been waiting to get done for over a decade, is the New Redmond Hotel. We knew that, if we can get feet on the street, people staying downtown, heads in beds, room tax paid, associated jobs — it would be $3.1 million of economic impact in year one alone," said Arnold. 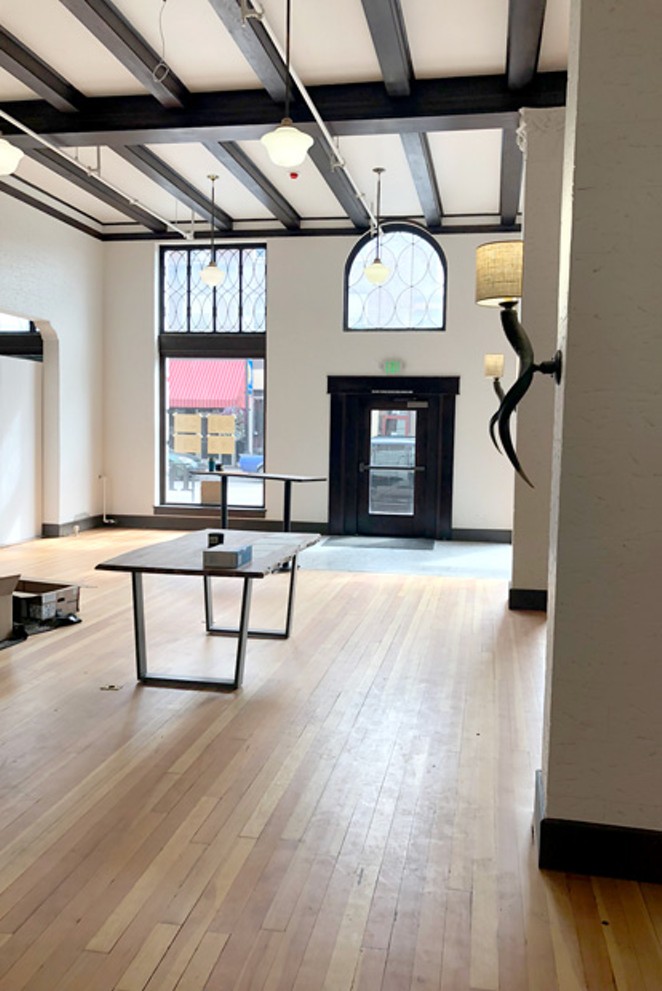 A national historic landmark, leaders also knew that it would take big bucks to bring the privately owned hotel back to life.

Enter Alpha Wave Investors LLC, the hotel's developer. Project estimates initially came in low, and had to be revised upward based on the decaying condition of the building.

But, understanding the economic impact the hotel would have, the City offered the developer a $2.7 million forgivable loan using tax incremental funding—plus an $800,000 interest-only loan. The $2.7 million loan is forgivable, but the building must remain as an upscale boutique hotel operating for 30 years.

"There were more dollars out the door than originally planned. But $800,000 of that will come back to the (Urban Renewal) district to be reinvested in other projects," said Arnold.

The hotel's rooftop bar is now open, and the 49-room hotel expects to be open before the end of the year.

Window dressing for other businesses

Becerra's Bistro on 6th Street and SW Glacier Avenue is one example. Previously a hotel, the owners received $150,000 in low-interest loans from the City to repair decaying infrastructure. They also received grants for smaller projects.

"The old building wasn't attracting our ideal demographic that we wanted downtown, if not for these taxpayer dollars this project might not have happened," said Arnold.

The property rehabilitation program, over the last year, has invested over $440,000 and has leveraged over $2 million in projects. It's been the most-utilized program within the Urban Renewal District.

"You can't walk down 5th or 6th Streets without seeing a building that's been touched by the property assistance program," said Arnold.

The Center Redmond Clinic, located on NW Larch Avenue, is an example of how urban renewal funding helps improve and expand a structure while creating new jobs. Specializing in orthopedic and neurosurgical care and research, The Center needed more room to provide services.

The building owner received gap financing from the City, consisting of a $600,000 forgivable loan. The $6 million project will add 6,000 square feet to the building and about a dozen new jobs, totaling about $400,000 in new wages for Redmond. Construction is starting this fall.

As a "hub city," Redmond has long attracted companies to locate or relocate their businesses in the city. Urban renewal funding has been effectively used to improve buildings and create new jobs—but wages must be above the area median income.

One example of this funding is Central Oregon Truck—which almost became Idaho Truck, if not for the funding package received from the City. The company received a $130,000 construction loan to build their facility, and the loan has since been entirely forgiven. 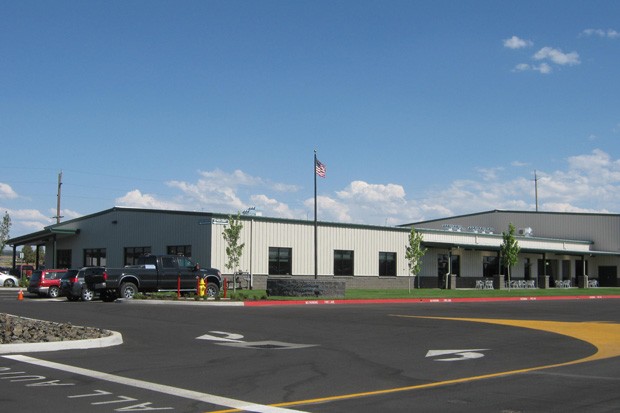 In Bend, past urban renewal programs stimulated and improved the downtown core. Redmond is aiming for the same evolution.

"Bend did their Urban Renewal Program years ago; it sunsetted in the early 2000s. They are at a point in downtown where there's been a lot of public leverage and investment, and now the private sector is taking over," Arnold said. (Bend is, however, considering utilizing Urban Renewal funds in the Bend Central District.)

There is no set date for the end of Redmond's urban renewal programs.

"They sunset when the projects are completed or the dollars are exhausted. But the program is roughly targeted to sunset about 2030," Arnold estimated.

Mayor Endicott is proud of the progress Redmond is making.

"The Urban Renewal Agency has made significant investments in infrastructure, reconstructing streets, sidewalks, and building civic gathering spaces," Endicott said. "Those improvements, along with URA's grant and loans programs, have attracted millions in private investment, and is why we are experiencing a renaissance in downtown today."