Pale Ale in the age of IPA

If Helen of Troy's was the face that launched a thousand ships, Sierra Nevada Pale Ale was the beer that launched a thousand (or 7,000, by today's count!) breweries. First released by the pioneering Chico, California brewery in 1980, Sierra Nevada Pale Ale introduced the world to the grapefruit punch of Northwest-grown Cascade hops, and forever changed the face of American beer. Long before IPA became synonymous with "craft" beer," American Pale Ale was the standard bearer for hop-driven ales. As beer trends shift further and further away from beer-flavored beer, with the proliferation of saccharine-sweet pastry stouts and fruit puree-laden milkshake "IPAs," classic, balanced pale ales may be poised for a comeback. 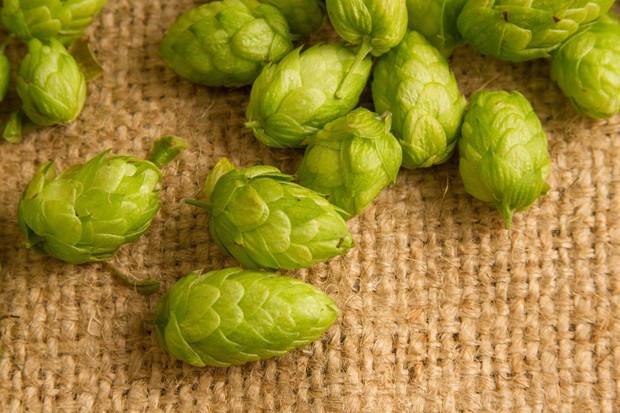 As corporate consolidation in the 1970s continued to shrink the number of breweries in the country to historic lows, research scientists in Corvallis, Oregon, working for the U.S. Department of Agriculture, released a new hop variety to the world. Named for the nearby mountain range, the Cascades, and bred for its superior agronomics (especially its resistance to downy mildew), Cascades' potential as an aroma and flavor hop wasn't fully realized until 1975, when San Francisco's Anchor Brewing released Liberty Ale.

Inspired by the pungent citrus aroma of Cascade and the pioneering spirit of Sierra Nevada and Anchor, "microbreweries" began to spring up across the country throughout the 1980s. Cascade hop-driven pale ales became the flagship for many of these early "microbreweries," including Deschutes, with Mirror Pond Pale Ale.

The late 1990s saw the nascent "craft beer" movement's first boom-and-bust cycle. New breweries that opened in the wake of the bust turned toward stronger, hoppier and increasingly more bitter beers as a way to stand out. This so-called "extreme beer" movement effectively positioned the subtle, balanced beers of early craft brewers as "boring."

Today the pendulum has swung from one extreme to the other—from extremely bitter to extremely sweet beers. Lost in this shouting match is the concept of balance. Balance involves the delicate interplay of sweet, caramelly, toasty malt flavors with citrusy, piney, spicy or herbal hop character. Balance leads to drinkability. Classic American pale ales serve as a master class in balance.

Whereas today you may see many beers labeled pale ale drink more like an IPA, a small but growing number of breweries are brewing against the grain with classic, balanced pale ales featuring "old school" hops like Cascade. Local beers such as Larry's Pale from Bevel and Bend Brewing Company's Killer Stashe serve as a form of living history that remind beer drinkers where craft beer came from, while at the same time presupposing that the future of beer may lie in the nuanced, balanced styles of the past.