Four mini movie reviews for the price of one

Sometimes the movies I end up seeing at the theater are just a product of what time they're playing over whether they're a film I really want to see in the first place. The theater is still a bit of a spontaneous decision for me, so sometimes I will just catch whatever is showing right when I get there, which is how I ended up catching four movies at Regal this weekend—none of which were the one I really wanted to see. Sorry, "French Dispatch," I'll see you next weekend. Anyway, here's a brief look at the ones I did see as part of this month's Theatrical Roundup. 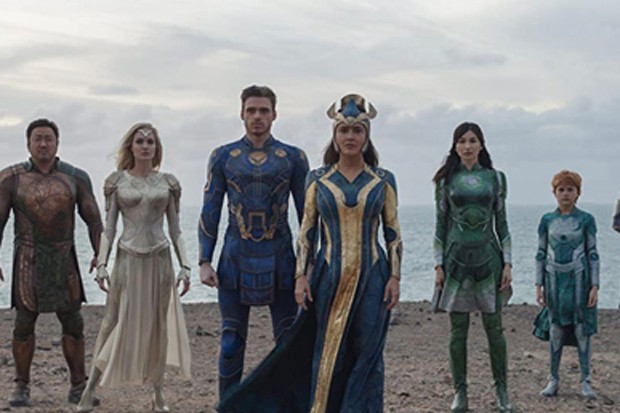 "Venom: Let There Be Carnage"

I wanted to catch this while it was still in theaters as soon as I heard it was directed by Gollum himself, Andy Serkis. Even if the movie is terrible, Tom Hardy is always a fantastic actor (even with his sometimes spotty accents). What makes this a genuinely fun movie is the relationship between Hardy and his internally attached space parasite, also voiced by Hardy. Watching Hardy run around having angry conversations with himself is a blast—even though the superhero action isn't as dynamically directed as it could have been. This is definitely a forgettable trifle that still has me excited to see what Marvel does with this character in the future.

This might have been the biggest disappointment for me, as the film shows a huge step forward for Edgar Wright as a director while still managing to somewhat fall apart in its third act. The film shifts from a dramatic mystery to a straight-up horror movie in its last half hour, but is done so without really finding an innovative and unpredictable way to change tones. It's a fun movie and is always beautiful to look at, but is ultimately entirely too repetitive in its finale to feel successful. One more script draft would have helped make this movie a modern giallo classic.

A delightful animated film that has so far managed to slip under the radar. The movie has a lot to say about our devices and the amount of screen time we engage in every year without ever becoming preachy or failing to recognize the irony of trying to teach us these lessons from a screen. What starts as a parody of the modern hunger we have for social media instead becomes a look at what social media could be if it were ever used as a tool to bring us together instead of finding new ways to isolate us in our own hermetically sealed bubbles. Funny, thoughtful and beautifully animated.

Maybe I'm softer on Marvel movies than the average critic, but all of the complaints I read about this one seemed to miss the mark a little on what indie-auteur Chloe Zhao was trying to do with "The Eternals." Some of the more negative reviews say Zhao's style as a filmmaker was chewed up and swallowed by the Marvel machine, but I always felt like I was watching a Zhao film. Her use of outdoor sets and shooting entire action sequences during magic hour reminded me of her lighting and compositions for "Nomadland." The moments that don't work are small, while the swings she takes are huge and epic and complicated, making this feel unlike any other Marvel movie before. This is big and flawed, for sure, but it's also intimate and lovely in ways that feel new to Marvel and seems like a step in a new direction for the studio.